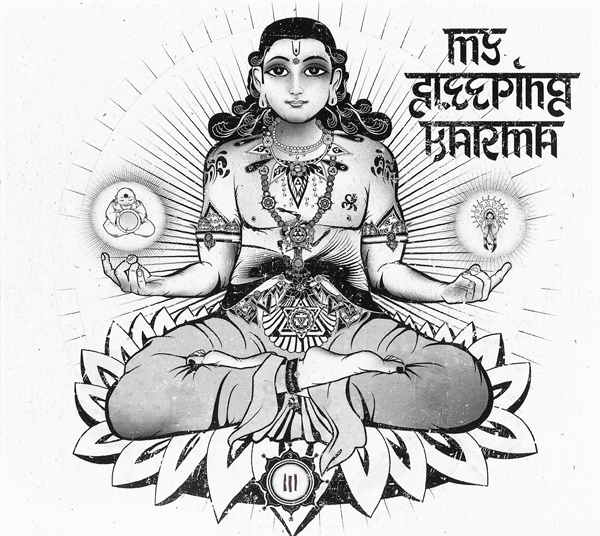 This German instrumental outfit, described by its label as stoner rock or psychedelic groove rock, comes at you with a nuanced assault of guitar, bass and drums, drenched with moody reverb and dusted with a light keyboard haze. It’s exotic hard rock that pushes the needles into the red during climactic moments of “Shiva” and “Sarasvati,” but unlike a lot of grunge, those walls of solid sound aren’t a constant, but rather a passing landscape feature. The nine songs on Tri are simple melodic and chordal statements extended into shifting moods and movements, environments where wandering minds can regard the themes from different perspectives. In the opening track “Brahama,” for example, the main theme consists of two arpeggiated chords in various inversions against a layered, echoey background of processing and faint keyboard. Bass and drums explore their groove as the notes reach a crescendo in full chord strikes, building up again with low-end melody and martial fill as the intensity drops away and the guitars storm slowly back, meshing the original patterns together. The album also includes quieter, shorter, almost fragmentary pieces like “Parvati,” “Vishnu” and “Rajas.” Tracks cross-fade organically with the exception of “Sattva,” which ends with a few static bursts framing tiny shards of music as if flipping past dead TV channels, dramatizing the cut to “Shiva,” a minor-keyed metal drive. If this is what sleeping karma sounds like, one can only imagine the lively incarnation when it finally wakes up.

Dave Cousins - Secret Paths & The Boy in the Sailor Suit – Cousins' latest two solo releases have the masterful Strawbs leader and songwriter in two very different settings, yet his muse is entirely comfortable in both. Throughout these two discs, his...  (2008) » Read more