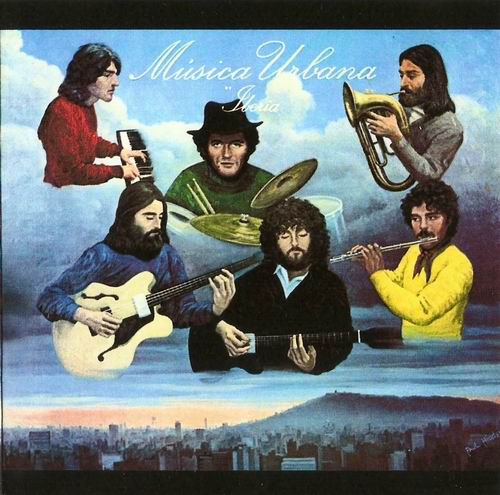 Spanish ensemble Music Urbana are quite an interesting group of musicians, creating a very original music. Their first album, recently reissued showed a band blending a plethora of styles – rock, classical, jazz, folk, traditional, avant, and RIO styles all mixed into a distinctive whole. Iberia is two years later, originally released through RCA and showing a perceptive change in style, although not in complexity. There are five tracks here, curiously all the titles include a composer's name (such as Stravinsky) as well as keyboardist Joan Albert Amargos' name implying that the music was written based on a composer's style. I'm not that familiar with the majority of the composers cited here although the track with the Stravinsky reference certainly bears his stamp. The recipe seems quite different this time; there are greater amounts of classical and funk mixed in, which add up to a very unusual feel. At times the music comes close to folk, at times Jaco Pastorius like bass-led fusion and at others much more classically based with Enid like arrangements. I'm not sure what to make of it as I don't find much of it very compelling, yet the overall complexity and originality of the album make it worth checking out regardless.