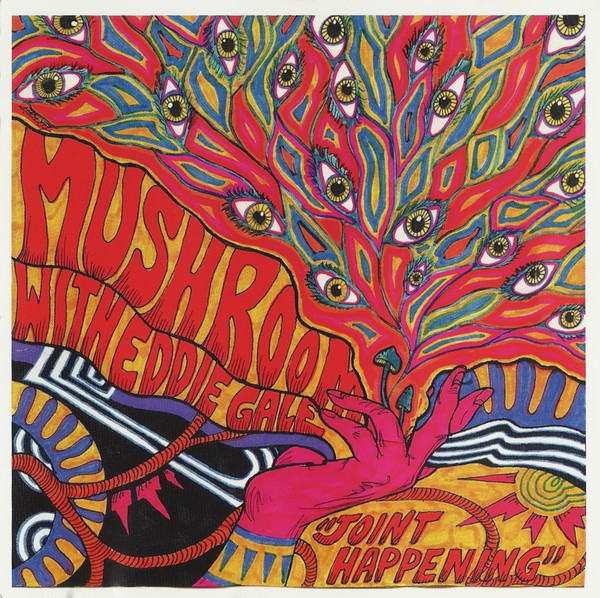 After our feature interview with drummer Pat Thomas in issue #32, all readers should be at least be aware of Bay Area psychedelic jazz-rock improv ensemble Mushroom; trumpeter Eddie Gale is probably best known for the work he did with Cecil Taylor and Larry Young in the 60s, and with Sun Ra’s Arkestra from the 60s onward. He’s probably lesser known for a couple of releases with his own ensembles in the late 60s, attempting to fuse elements of jazz, folk, gospel, and soul. Originally from Brooklyn, in the early 70s he came to the Bay Area and has been peripherally involved in the music scene here ever since. While Gale and Mushroom are from two different generations of music, their inspirational drive comes from the same well, and when their paths crossed for these two sessions recorded in 2007, the magic was indeed happening. The two sessions involve two slightly different lineups of Mushroom, with Thomas, Gale, keyboardist Matt Cunitz, and bassist Ted Doherty present on all seven tracks. Guitarist Tim Plowman and guitarist / saxophonist Erik Pearson are at different sessions, as well with vibraphonists / percussionists Dave Mihaly and David Brandt. This is the normal M.O. for Mushroom sessions and live dates – whoever shows up plays! Throughout the disc, Gale’s trumpeting is in the spotlight, while the rest of the group provides the framework, drive and context for the ever-evolving pieces. Fans of the band’s previous releases will not be disappointed!