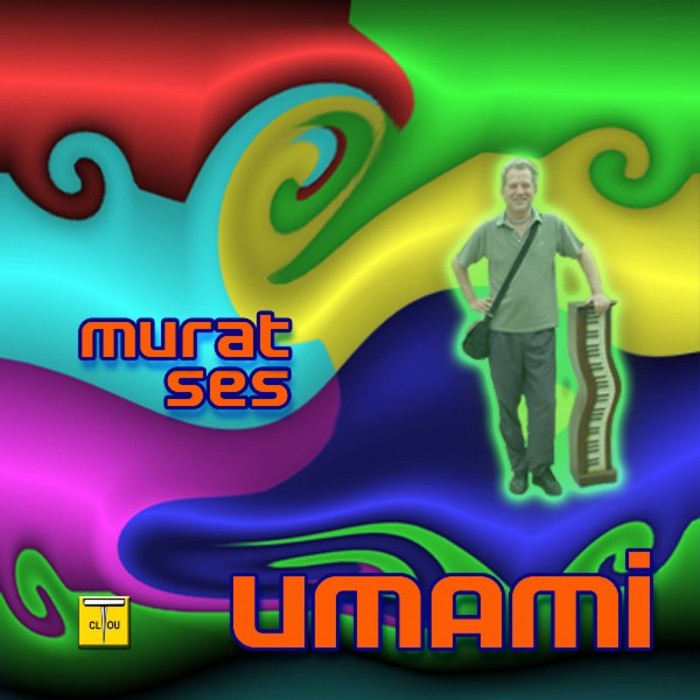 Umami is Turkish musician Murat Ses’ seventh solo album. Umami is a Japanese word meaning savory, which this new release is, not too sweet, not too sour, tangy but just right. On his latest release Murat involved talented vocalists from the USA (KCentric), UK (Tomas Phusion, HexylCircle), Canada, Japan (Riyu Konaka), Africa and Latin America (SilviaO from Colombia) to create nine rhythmic rap/hip-hop middle Eastern fusion songs. The music is happy and makes you smile. Unlike rap, the vocals are in the background and many times whispered providing the rhythm but not upstaging Murat’s pleasurable compositions. Riyu Konaka sings on “Umami” and “Right or Wrong” and her sexy voice imparts a little girlish quality, kind of like a modern Betty Boop. In addition to Murat’s electronics and keyboards, there is some interesting guitar work by Phil Gooch on “On Air” and “Paris Afar Off” that lends extra spice to the mix. Murat has been receiving a lot of airplay recently with his East meets West fusion and Umami should only enlarge his listening audience.