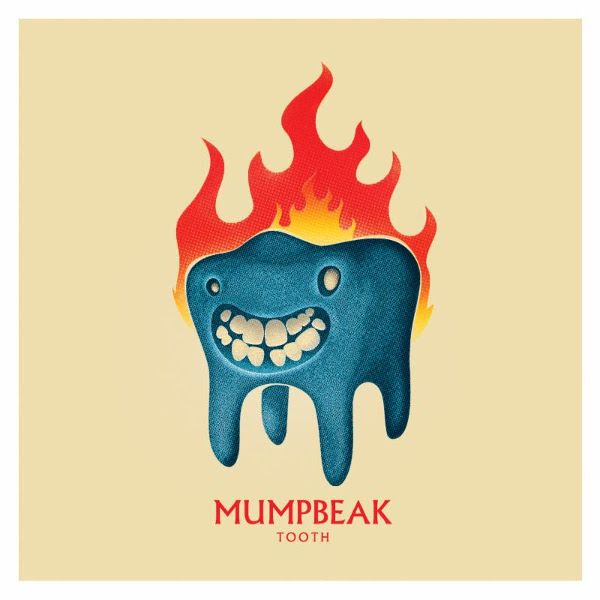 In progressive rock, the quintessential keyboard trio is obviously Emerson, Lake & Palmer. In that group, Keith Emerson played a wide variety of keyboards including piano, organ, and many kinds of synthesizer. On the jazz side, there are numerous examples of the keyboard trio, usually with either piano or organ at the core, only much less often with multiple instruments used. With Mumpbeak, Roy Powell takes a different path, one much less traveled — or maybe never traveled before. He concentrates almost exclusively on a Hohner Clavinet, that icon of 70s funk so familiar from the hits of Stevie Wonder. Clavinets were also part of the standard arsenal of prog keyboardists, acting as stand-ins for the harpsichord, which would never be practical in an amplified context. Powell reasoned that in many ways, the tone of a Clavinet is similar to that of an electric guitar, so he started treating it as such, applying effects pedals and using it as a combination lead and rhythm instrument. On the first Mumpbeak album, he enlisted Pat Mastelotto on drums and four different bassists for various tracks: Bill Laswell, Tony Levin, Shanir Ezra Blumenkranz, and Lorenzo Feliciati. Since then, he’s decided to make Mumpbeak a working unit based in Europe, so he’s teamed with Feliciati and Norwegian drummer Torstein Lofthus, making a kind of all-star trio. We know Powell from Naked Truth and InterStatic, Feliciati from Naked Truth and solo releases, and Lofthus from Elephant9. The music on Tooth straddles avant jazz and progressive rock very nicely, with a sonic kinship to Canterbury bands like Egg and Matching Mole. The compositions are full of sophisticated chords and tricky rhythms, and the melodies are memorable without being predictable. Feliciati is an equal participant, often taking the melodic lead on his bass; Lofthus can be subtle or thunderous as the music demands. Powell’s Clavinet is clearly at the center, and it more than handles the task. While there are occasional bits of organ or synth to add color, the vast majority of the sound comes from the old Hohner. The use of a whammy pedal is particularly effective, allowing him to bend notes more like a synth or guitar. Factor in distortion and wah-wah, and there’s plenty of power and variety to make Tooth an eminently enjoyable listen. It’s another winner from RareNoise.