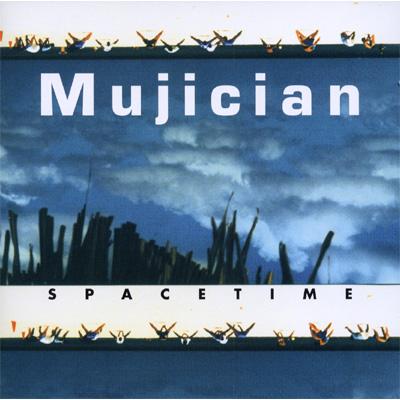 Acclaimed UK improvising quartet Mujician is quite possibly the best telepathic set of players on the planet. Pianist Keith Tippett, together with saxophonist Paul Dunmall, bassist Paul Rogers, and drummer Tony Levin forge two multi-part pieces that showcase both individual and group think and come through the experience again intact. With five group releases under their belts in thirteen years, the quartet still finds a lot to bandy about without strict limitations. With the title track, Tippett is keen to begin the dialog by piano string strumming to mark a dire tone where Dunmall can serpentine in an incendiary melting pot. Where their work hits you is in the level of communication, and the sincerity of execution. “Part Four” evokes a solemn solo from the saxophonist that seeks to inform the others before sliding into one of Rogers’ malleable upright bass jaunts. Familiar interaction has only refined communication from frenzied to the introspective (as on Tippett’s reflective interlude on “Part Six”). There doesn’t appear to be too much space that is not filled in this journeying by the respective players. The second improvisation, “Exquisitely Woven Spiritual Communication”, evokes a different dynamic between real-time collaborators, a bit more percussive and introspective. Previous albums merely initiated the communication lines between players, while this work establishes finer points. Difficult music doesn’t necessarily mean migraine time, but it’s a moody navigational process between sensitive players at the helm, often navigating stormy seas. The storms, in this case, leave the listener with a profound sense of accomplishment and resolution.