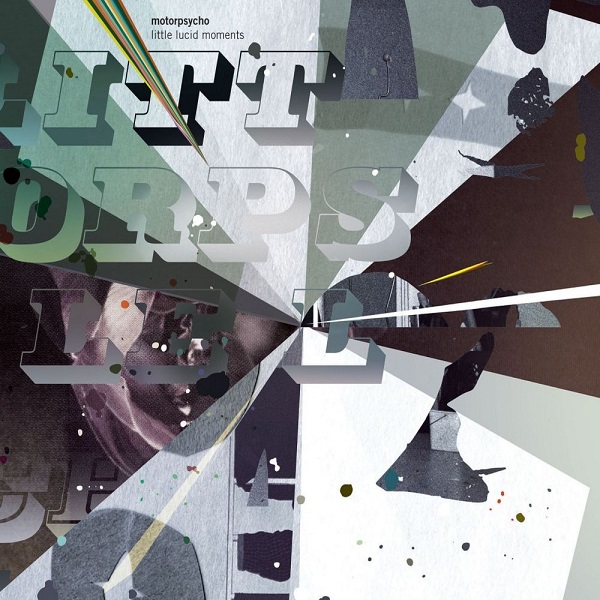 This Norwegian trio has been releasing music for nearly two decades now. This writer was a relative latecomer to their work, first introduced via their Phanerothyme and Let Them Eat Cake albums around 2001, since filling in many of the gaps, including their 2003 In the Fishtank with the Jaga Jazzist Horns. One constant about Motorpsycho is that one will never know what to expect from one release to the next; each seems to turn a fresh page and explore some previously undiscovered area. Their songs are catchy and tend to drive hard, but are nonetheless melodically strong, and these guys are masters of that superlative rock hook. After their most recent full-length double disk set Black Hole/Blank Canvas from a couple years ago, one wouldn’t suspect they could easily top it, but they’ve side-stepped that challenge altogether and given us something completely different again. Instead of song-length compositions, Little Lucid Moments contains four extended pieces all easily breaking the ten-minute mark, the opening title suite a full album side long, shifting gears effortlessly between heavy rock and quieter passages, and launching into extended instrumental jams. The basic instrumentation is guitar, bass, and drums, but there’s plenty of Mellotron and other sounds lurking about. The remaining pieces are more vocal driven, in the style of BH/BC, but extended to suite length, peppered with regular flashes of brilliance. This is a great band, and if you’re not yet plugged into their work, this is as good a place as any to start.