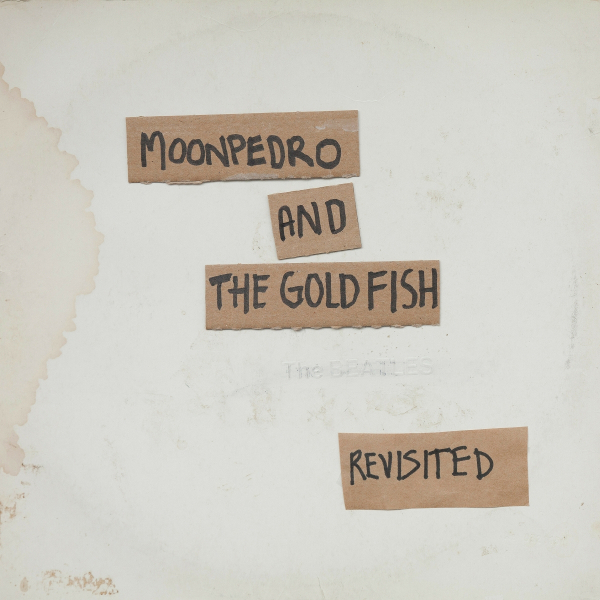 I first encountered Pedro Carmona-Alvarez with his Let’s Pig album, which he recorded with his band The Sinking Ship. This album finds him collaborating with a group called The Gold Fish, which apparently consists of Anders Bitustøyl, Einar Sogstad, and Lars Heintz. I don’t think the group has ever existed outside of this recording. Moonpedro says, “For many years I dreamed of making a deconstructed, playful version of The Beatles’ eponymous and iconic album from 1968, generally known as The White Album. But it was first after meeting pianist Einar Sogstad that I realized that the project was something more than just a crazy idea; our mutual interest, love and passion for The Beatles’ music made us start working on these songs in 2011.” One of the notable things about the original album is its mixture of conventional (even old-fashioned) songwriting, edgy rock, and psychedelic experimentation. The quartet approaches the material in a very interesting way, treating some of the more conventional tunes in an experimental way, and going the opposite direction on others. Just as The Beatles made use of just about every trick available to them in the 60s, Moonpedro and crew bring all that plus some modern developments to bear on the songs. So we get “Blackbird” done as an 80s synth-pop tune, “Ob-la-di, Ob-la-da” as an abstract collage, “While My Guitar Gently Weeps” as an eerie dirge of drones and funereal percussion, “Martha My Dear” reimagined as a country-rock song, “I’m So Tired” as a lounge singer’s version of the blues, “Revolution 9” as a rinky-dink medley of Beatles hooks, and many more oddities. It’s all done in a spirit of reverent fun, with a lo-fi charm that’s quite appealing. I don’t know what kind of reaction this would get from someone who’s not a fan of the source material, but for a Beatles lover, it’s a fascinating effort that doesn’t treat the songs as sacred.