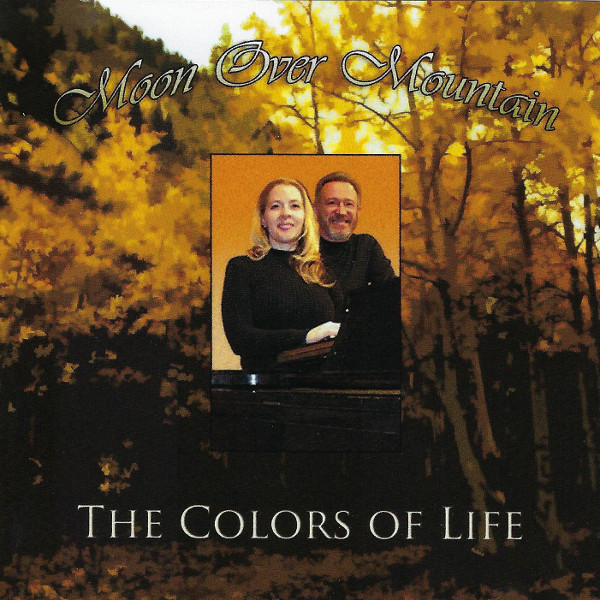 Moon Over Mountain is the Colorado based duo of Ken Roberts on keyboards (piano, synthesizer, mellotron) and electronic drums, and vocalist and multi-instrumentalist Megan Buness, the latter writing the lyrics on the tracks that feature them, the compositions and arrangements are by both, although one might be led to the conclusion that Roberts has the greater hand in the compositions strictly based on the keyboard density in their sound. There are no indications in the liner notes as to who composed which track, or who plays what on which cuts — mostly it’s all keyboards, though one can hear a bit of nylon string guitar on “A Nation Divided” and “One Life” and a few other cuts, and there are some wind instruments here and there as well. Buness is an amazing vocalist, sometimes softly operatic but always powerful and intense, and her lyrics heartfelt. Mostly it works splendidly, though in at least one case (“A Walk in Fall Leaves”) it sounds as if her vocal part was created before the keyboards were added and there seems to be some disagreement in the combined result. For the keys, think of Vangelis, Mike Pinder, and other symphonic electronic pioneers, though Moon over Mountain’s music would be better served by a real percussionist rather than a chattery drum computer. More than anything their music echoes some of the New Age music of the mid-to-late 80s; there are many folks who still dig that style, in which case The Colors of Life should warm your spirit.