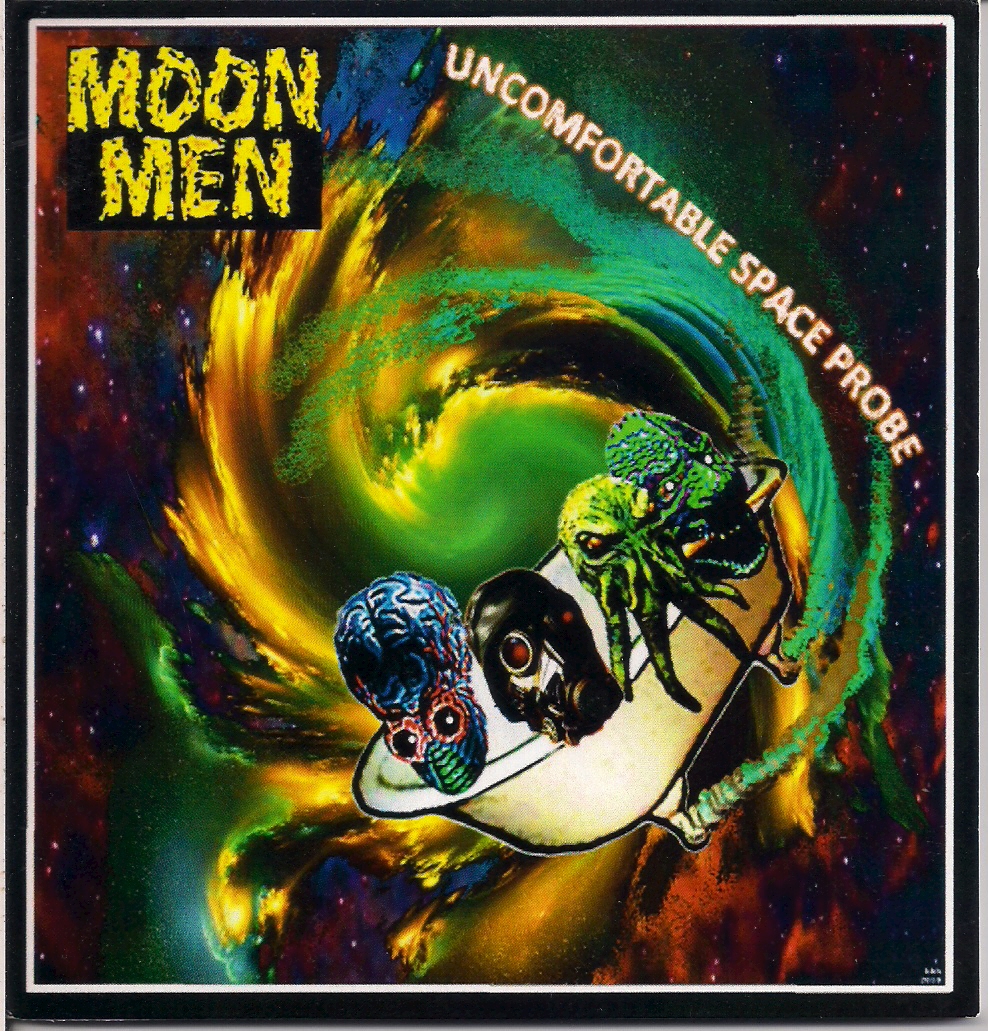 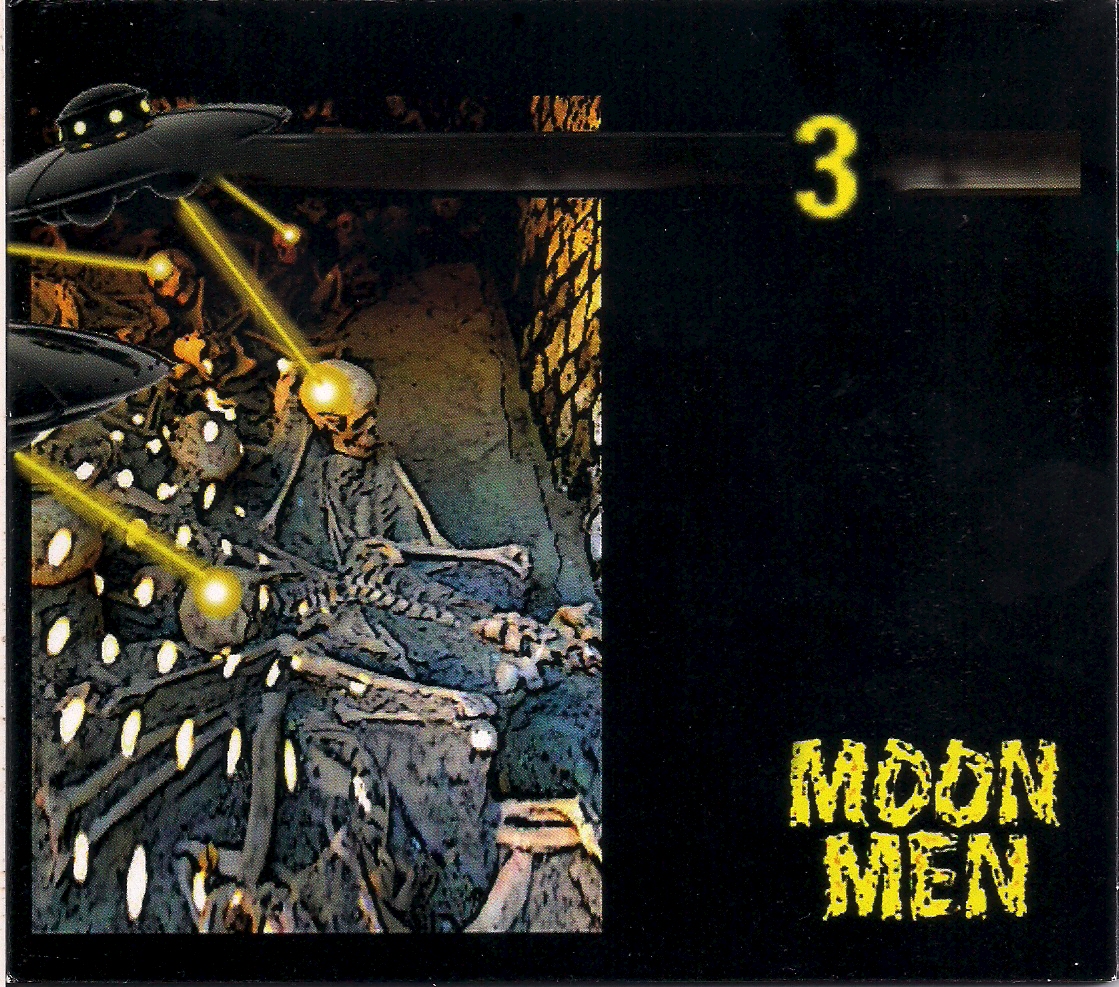 Moon Men is an unconventional musical collective, though it’s a stretch to call them a band, maybe a recording project would be a more accurate term. Uncomfortable Space Probe is their second recording from December 2018, and 3 is the latest as of this writing, from mid-2019, not even available on their Bandcamp page yet as of this writing. The members on both albums are the same: guitarist Bret Hart, who also is credited with Casio SK5, field recordings, looping and electronics, and who seems to be the central point from which all compositions emanate, although every member has a hand in the creative process as it unfolds; Jerry King plays basses (both acoustic and electric) plus trombone and guitar; drums are animated by Bill Jungwirth; and last but certainly not least is Dave Newhouse (Muffins, Manna Mirage, and numerous other projects) on woodwinds, keyboards, and whatever — his sax sound is unmistakable on these two albums. There are no vocals as such; these are (with the exception of some “sounds”) completely instrumental. After many listens, here’s how I believe it goes down: the ideas start with Hart, guitar parts, click tracks, other basic ideas for each of the pieces (thirteen on the second album, eight on the third), then go out to each of the other members in sequence who in turn add their ideas to the mix, then on to the next. The result is a stunning improvisational stew, no two tracks sound even remotely the same. I have to presume that everything comes back to Hart for a final mix-down. As a process, this is not unlike Don Falcone’s Spirits Burning project, although with Moon Men, it’s the same smaller, tight-knit group of players mixing it up in the creative process. Now I suspect someone from the group will contact me and tell me I have it all wrong, but this is what it sounds like. Highlights of Uncomfortable… include “Magic Dread” with its punchy bass groove that shifts gears right in the middle of the tune, then comes back with Newhouse’s sax driving hard for the remainder, and “The Mechanical Dog,” built on an odd rhythm pattern with convulsing sax, guitar, and bass parts, and some bad-ass harmonica in the closing minutes. Highlights of 3 include the seven-plus minute closer “Ennio Bopped Me” taking its cue from the Morricone spaghetti western sound, and “The Dark Side of the Moon Is Dark for a Reason,” where flute and electric piano seem to be tempering a wellspring of potential chaos just below the surface. Both of these releases are masterful exercises in the creative process. In short, brilliant.