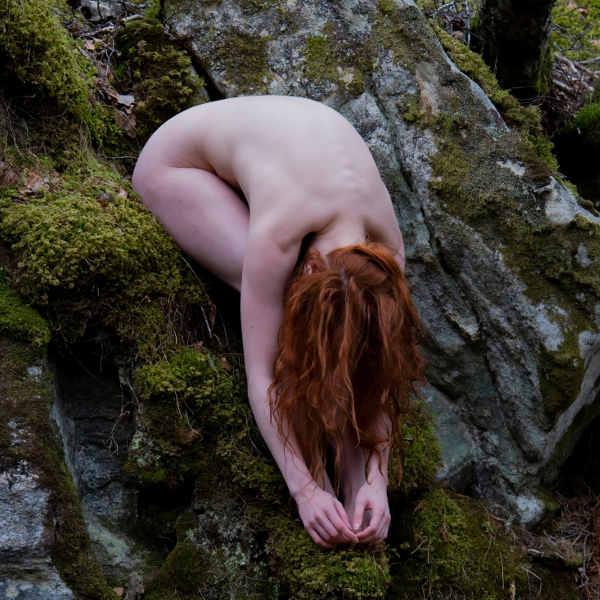 For a couple of years now in the Seattle area, Moon Letters has been impressing audiences with their modern take on classic progressive rock. The band could be considered a Northwest supergroup of sorts, with all members currently or formerly involved in other bands. Lead vocalist Michael Trew is known for Autumn Electric and solo work; Dave Webb (guitar) is associated with Wah Wah Exit Wound, Spacebag, and solo work; Kelly Mynes (drums) has been a member of Bone Cave Ballet and Panther Attack; Mike Murphy (bass) is also in Cantrip and a variety of other bands in different genres; and keyboardist John Allday is in Chaos and the Cosmos. What they do with Moon Letters is bring together some familiar sounds based on Yes, Genesis, Strawbs, and Jethro Tull with Webb’s fluid guitar, which has hints of metal in it, and influxes of folk-rock and jazz fusion. The other factor is the sheer quality of the musicianship — all of these guys are well above ordinary levels of competence at what they do, but there’s no selfish showing off, and even the flashy solo spots are in service of the songs. As for those songs, the album functions as a 51-minute suite, with melodic themes carrying through the compositions and providing a sense of unity in spite of the variety of sounds. The sonic palette ranges from majestic full-band anthems to delicate acoustic passages to quick odd-meter instrumental workouts. For listeners well-versed in modern progressive rock, a good comparison is Cast, though I suspect that the musicians themselves aren’t familiar with that Mexican band. There are so many factors that make Moon Letters work that it hardly seems sensible to enumerate them. Trew’s voice is expressive and appealing, with a vulnerable quality to it that carries a lot of emotion whether he’s nearly whispering or belting out a big climactic phrase. Backing vocals are really well done as well, encompassing both harmonies and countermelodies. The band is amazingly tight, with coordination that would do a math-metal band proud, full of varying accents that they all hit together. Keyboard sounds tend to the classics: organ, piano, electric piano, Mellotron-like choir and strings, and Moog-like leads. With this debut album, Moon Letters clearly shows their worthiness to take a place among the top tier of American progressive rock bands, balancing a fondness for the sounds of the past and a sincere talent for presenting those sounds in new ways.

In the interest of full disclosure, I have known several of the members of the band for years, but believe me, my judgement is not so biased that I would find it so good if it really wasn’t. Just have a listen for yourself on their Bandcamp page, and see if you don’t agree.

Hualun - Asian River – For their second release, this Wuhan post-rock crew has stepped up a few notches from their debut, Silver Daydream (reviewed in issue 38). They’ve moved to one of China’s most prominent...  (2011) » Read more