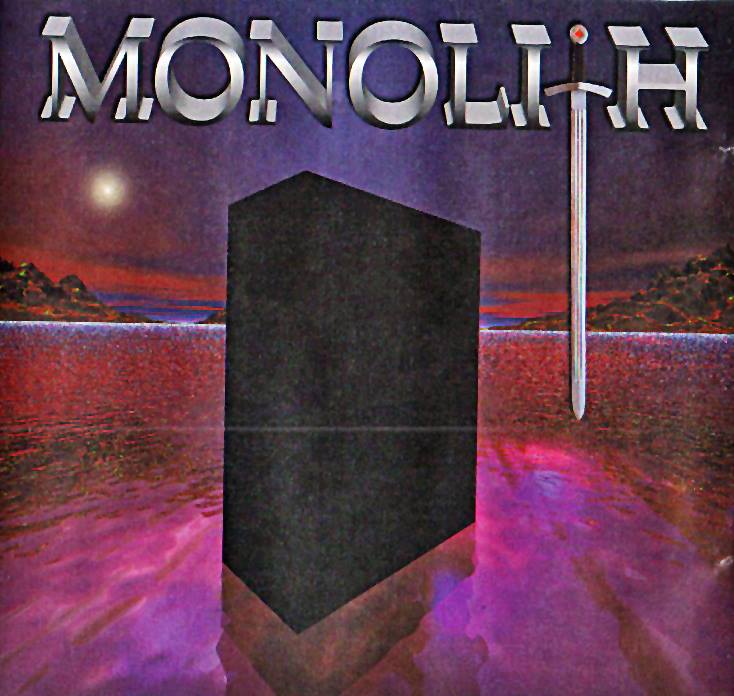 At first listen this k/b/d band delivers up derivative progressive rock of the highest order. However, I discovered that a good chunk of this was written in 1977, nearly predating the sound they lean upon. Bill Hamer had the multi-part opener penned and was unable to find an outlet. Years later he sent the tapes to Musea. Monolith are far rockier than ELP (though ELPowell could be a reference). The band serve up some heavy keyboard-driven stuff; Hamer is all over the keys. It's the kind of music I love to sing along with, heavy-handed prog with grandiose themes. Imagine ELP meets Black September. The bulk of this album is "The Apocalypse Concept," a sci-fi kind of tale that really cooks: tons of synth and Hammond. Bass and vocals are handled quite well by Gordon Winfield; his vocals are far gutsier than Lake's, and he's a solid bass player too. Drummer Ron Mattia is no slouch either, pounding away with precision and grace. The album starts to fall flat after this piece, wearing the listener out. The three remaining older tracks are carry on the same vein. The last two tracks leap at out you instantly, you just knew they were new. Monolith founder Bill Hamer admits he wimped out on these two: "Mr. Personality" and "When Push Comes to Shove." Both are of the pseudo-prog/pop style we all know as early 80s style, however the infectious verses and hooks in "When Push Comes to Shove," actually make it better than most Asia or GTR offerings. Monolith deliver a tasty slice of late 70s power prog.