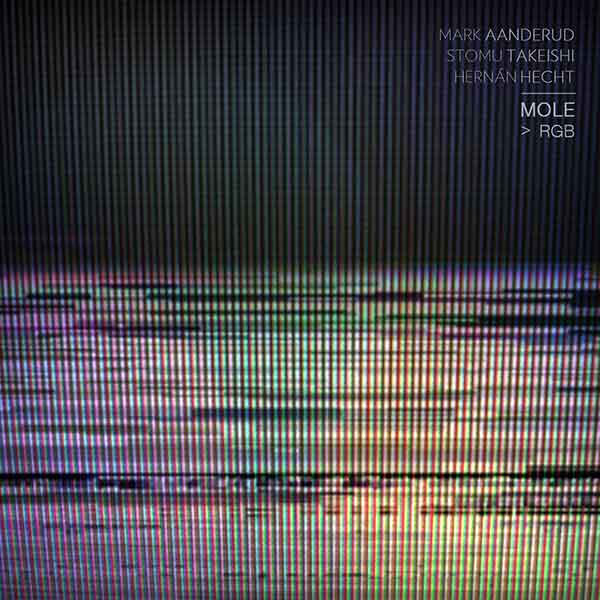 I'm more or less agnostic when it comes to genres in music. Their boundaries are so subjective as to be meaningless, so I look for things other than adherence to a standard when judging music. Quality of playing, composition, and imagination are big factors. Molé — Mark Aanderud (piano, keyboards) and Hernan Hecht (drums) — would probably be called jazz in a broad sense, though they stray from what might be expected from a jazz piano trio. Stomu Takeshi's electric bass moves the music outside the traditional, and Aanderud's use of electronics and keyboards other than the acoustic piano adds some tonal variety. In some ways, the underlying attitude has more in common with rock than jazz, in spite of the improvisation and instrumentation. The typical jazz structures (head, solos, reprise) are not closely adhered to, and there are numerous parts that seem to be only loosely composed; Aanderud is credited with writing all but two tracks, but the other have lots of leeway in their parts. Hecht's drumming avoids overt swinging and has little bebop influence in it, though he is far from a rock pounder. Several tracks feature spacey sections of floating sounds without pulse, others feature rhythms with a little funk to them — more Steve Coleman than Funkadelic, but funky nonetheless. The chords and melodies aren't blues-based, instead leaning towards classical and latin sounds, and you won't hear any comping on sharp-eleven chords. Clusters and moving fifths are more Aanderud's style. In some ways, I'd say RGB harkens to 70s jazz-rock fusion, though without the pyrotechnics that came to dominate the style. It's a thoroughly enjoyable listen, well worth seeking out.