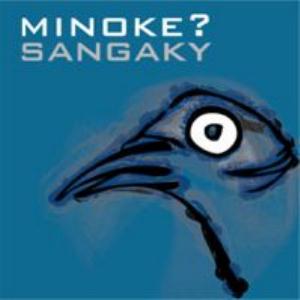 This is the follow up to this Japanese quartet’s impressive 2003 debut, Taneshina. The jazz approach seen on the debut is carried forward here, though this time even more non-jazz references and influences creep into the pieces. As a jazz combo these musicians (drummer / percussionist Katsunori Takahashi, bassist Yasushi Kawaguchi, reeds player Kosei Kayama, and keyboard player Kunihiko Sekido) are well schooled and proficient on their instruments, though somewhat clinical in their execution. Where they shine is pushing the boundaries of traditional jazz and fortunately for the listener this album abounds with examples. The opener “Minokecak” wastes no time setting the pace with an exotic percussion and vocal chant that borrows from Southeast Asian sources, while the next track, “Mari,” reveals a band that can easily deliver a killer rock attack. “Til_na_nog” from the first album is reprised and again it takes the listener through an interesting blend of Irish jigs and reels and tasty fusion. The band excels in jazz that gets the head moving and the foot tapping, though this should come as no surprise given that drummer Takahashi gets the lion’s share of the composer’s credits with bassist Kawaguchi in second place. The kind of unison interplay and syncopation in pieces like “Olmeca” will put a smile on any fusion freak’s mug. The album even ends with what sounds like a bonafide jazz-pop hit, “Tri-Band-Boom Part 2” and closes the book on a great CD that will have many fusion fans hitting the repeat button.