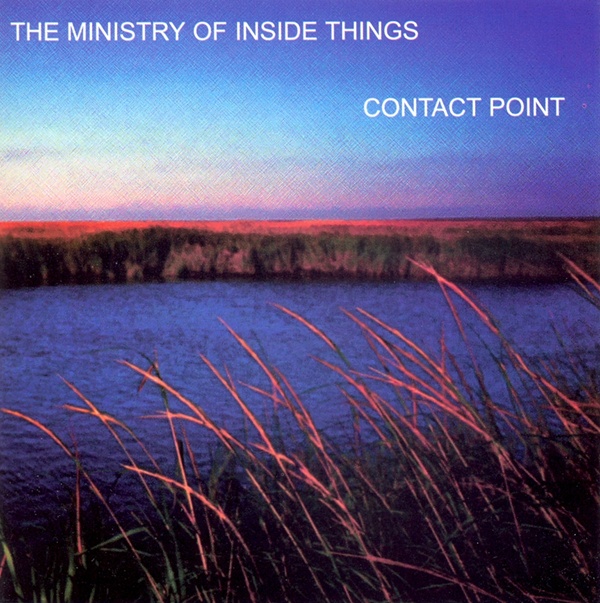 The Ministry of Inside Things is the Philadelphia-based space music duo of Chuck van Zyl (synths) and Art Cohen (guitar). Individually, both Chuck and Art have been involved in the Philadelphia electronic/space music scene for well over 20 years. Chuck is best known for hosting the Philadelphia radio show Star’s End. He has a number of solo releases (cassette and CD) as well as collaborations with Peter Gulch of the Nightcrawlers. Art has a number of solo releases as well. Chuck and Art formed The Ministry of Inside Things about six years ago and have released two CDs of live material, Everlasting Moment (2002) and Contact Point (2006). Their music is firmly rooted in the Berlin space music school of Tangerine Dream, Ash Ra, and Klaus Schulze. There are seven tracks on Contact Point that take you from quiet ambiance to energetic rhythms. The obvious comparisons are with Tangerine Dream (cyclical pulsating sequencer patterns), but I also detect the influence of Pink Floyd’s Echoes. On top of this are some artistic found sounds peppered throughout the CD (lapping water and chirping crickets). The duo of Chuck and Art, with their musical roots in two different genres (electronic and rock), work together to craft beautiful music that can stand the test of time. Highly recommended to all fans of space music.

Related artist(s): The Ministry of Inside Things, Chuck van Zyl