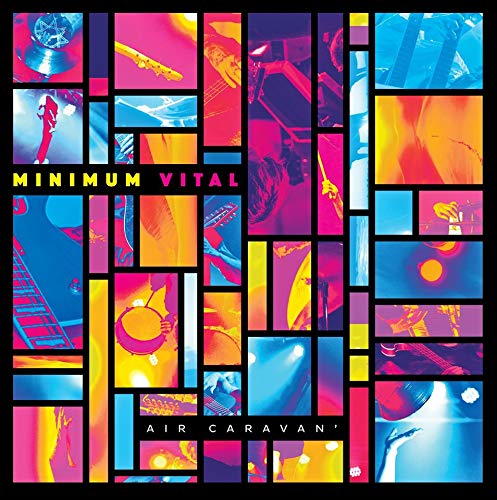 When this Bordeaux area band first reached my ears in the 80s, it was clear from the start that they were on to something different, something unique among bands of that era, and through all the years since they have stayed true to their sound, whether stripped down to only the core members (as Vital Duo), or expanded to a six-piece with two dedicated singers, as they were in the late 10s on the album Esprit d’Amor and several of the subsequent live and studio releases into the early 2000s. The band’s sound is positively unique and instantly recognizable, regardless of who or however many musicians are in the band at any given time, anchored by the songwriting partnership of brothers Jean-Luc and Thierry Payssan, on guitars and keyboards respectively, whose lucid compositions blend elements of south European folk, medieval song, classical, celtic, rock, and jazz in a ‘Canterbury’ vein, all coming together in a way that completely eschews any typical rock stylings one will hear anywhere. The band today also features long-time drummer Charly Berna and founding bassist Eric Rebeyrol. Throughout the album, there are vocals, handled by the Payssan brothers, but – compared to many previous band releases, their importance is somewhat de-emphasized in a much stronger instrumental setting. One will hear lyrics in a number of different languages, including English on the opener “La Compagnie,” while other tracks feature Spanish, Basque, French, and their own invented language – I’m pretty sure that covers it, but vocals, where they exist are basically the equivalent of any other instrument in the overall mix, in other words, Air Caravan is predominantly an instrumental album. There are many highlights here, including the title track, the expansive “El Picador” with its oddly syncopated groove, “Djin Alzawat” where the oud is used to advantage for a strong Mediterranean flavor. There are many more standouts among the album’s thirteen tracks, on what may be one of their finest releases to date.