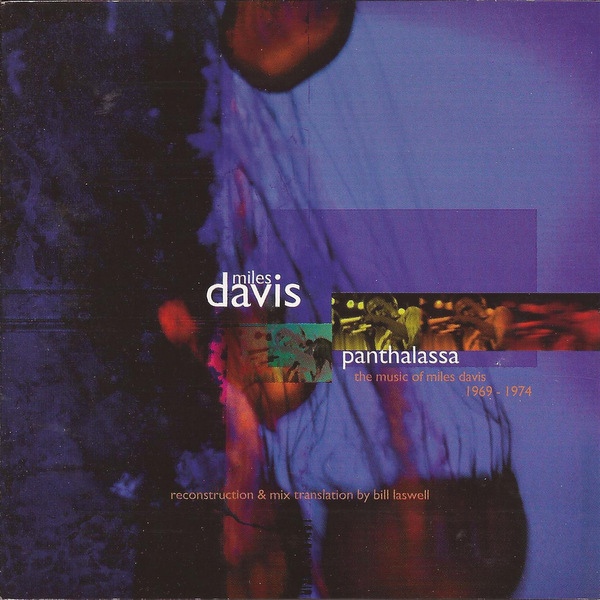 Jazz-fusion of the early 70s used to get such a bad rap for self-indulgence and excess, almost as bad as the progressive rock camp. With the help of producer / bassist Bill Laswell, progenitors of the 90s can now tap into that excellent vibe and revisit a vital past to underscore the present. For those of you uninitiated, this period of work for Miles (69-74) was one of jamming and intuitive interaction using the best virtuoso players at the time (from John McLaughlin to Herbie Hancock to Colin Walcott). Davis was the “loose” director and his volunteer army enacted an empathic sonic play at his beck and call. They all gave something unique to the several sessions that yielded multiple album sets, including the pieces which have been slightly re-worked here by Laswell. Laswell himself is one of a rare breed of extremely active players and producers who keys off from his roots and extracts the essence of an idea to create something newer and many times more valid than the original work. The challenge of the interpreter is how best to rebuild or replace, or how to enhance and unencumber an idea much like the untangling of a twisted rope. The new results are excellent as heard on track one, a careful revisitation of the pieces from the In a Silent Way LP. Track two fuses three improvs from the explosive sessions for Agartha including funk and R&B rhythmic elements while the third track combines On the Corner tracks. Laswell has kept the fragile melodies intact while merging rhythmic elements across multiple sessions. This disc is a must for any scholar of jazz and its tenuous relationship to rock and roll.