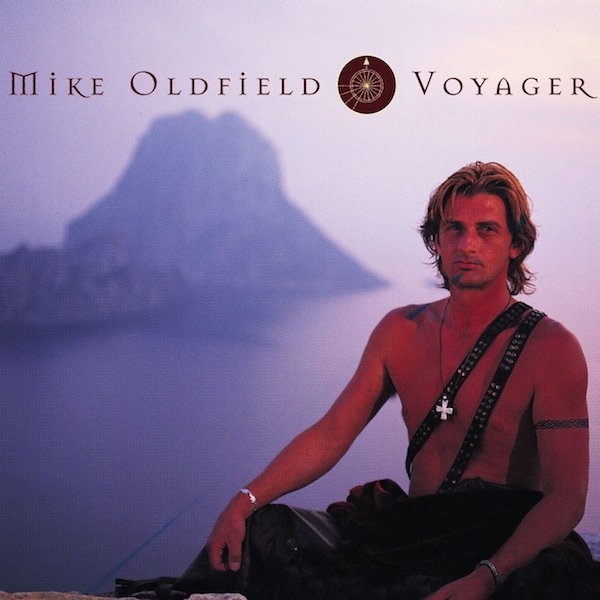 What Vangelis is to Greece, and Kitaro is to Japan, Oldfield is to the British Isles. This maestro of the epic had taken a predilection for infusing his tone poems with the piquancy of Celtic music long before any bandwagon began recruiting stowaways. As witness, even his interpretations of traditional melodies bear the inimitable stamp of this giant's own music. The ten mainly instrumental explorations conjure a very somber mood, one as cloudy and wistful as the Isle-of-Avalon atmosphere on the cover, abandoning the techno beat tendency, whose presence (slight though it was) marred his otherwise brilliant, Songs of Distant Earth. Like that recording, all the trademark personality is here captured in Oldfield's peerless guitar playing. At times the unnecessarily modest keyboard backdrops leave a stark ambience, abrogating to Mike's six strings a burden which isn't always adequately fulfilled. But the majority features a more active role for accompanying instrumentation — the welcome return to the fold of flute, pipes, choir, and Irish frame drums — it all works miracles. The robust sound spectrum and memorable melodies are as achingly gorgeous as were the underrated QE2 and Five Miles Out. Neither has he sacrificed that uncanny craft for weaving the magical strains of myth so ubiquitous to anything he touches. "Mont St. Michel" is the tour-de-force. It creates a very effective climax in which the welcome sounds of orchestra fit snugly into the mix, culminating in an impeccably paced album whose masterful sense of balance is matched by its sumptuous production. Enid and Vangelis fans should embrace this music; it sits proudly alongside them, a work which I thoroughly recommend.