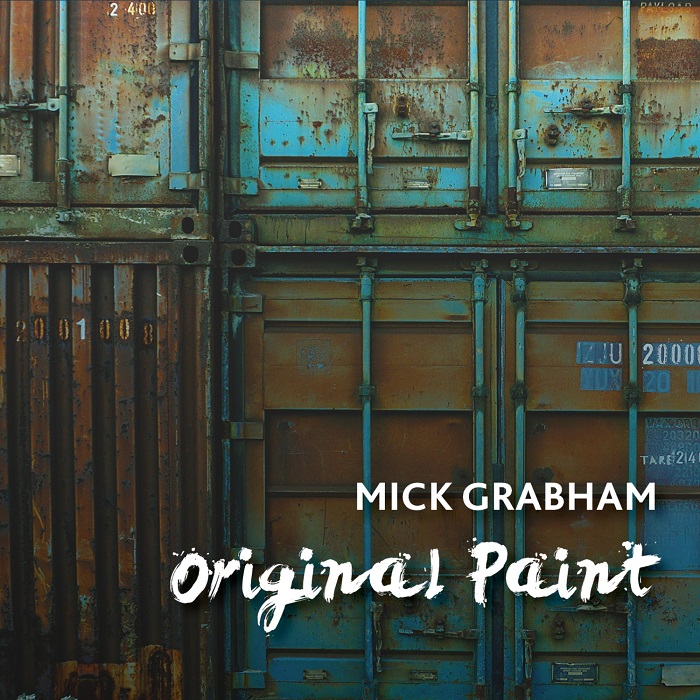 You’ve heard the name before. You’ve heard his guitar. Grabham is best known for his five years or so as the guitarist for Procol Harum, replacing Dave Ball during the recording of Grand Hotel, and continuing with them through the American tour that followed Something Magic. But prior to that he was a member of the excellent and interesting band Cochise, along with pedal steel guitarist BJ Cole (they released three albums from 1970-72) and going even further back into the 60s, he was a member of the British pop band Plastic Penny, with two albums to their credit (‘68 and ‘69). He also managed to record an excellent solo album post-Cochise in 1972 titled Mick the Lad and has appeared on countless sessions throughout his career. What we have here is an archival set of material recorded over those years and well into the 2000s with various lineups, some from sessions he worked, some from ‘almost became a band’ situations, some with his old mates from Cochise and Procol Harum, including names like Gary Brooker, Rick Wills, Jim Leverton, Graham Walker, Andy Pyle, Pete Wingfield, B.J.Wilson, Dick Parry, Dee Murray, Nigel Olsson, Chris Copping, and many many more, each track features a completely different lineup, recorded at different times when opportunity permitted, surely never intended to be all together on a single album, but here they are. Original Paint features fourteen tracks including a handful of originals, but mostly re-interpretations of other peoples’ work (a few well known) with new arrangements, and the results are often excellent and surprising. The Elvis Presley classic “All Shook Up” takes on a new life with a harder rock punch in this 1984 recording with Jim Leverton, Steve Marriott, singer John Gilbert (from Cochise), and others. Opener “Ninety Nine Pounds” — the Ann Peebles number — is powered here by Grabham, bassist Andy Pyle, and drummer Graham Walker. “Fool in Live” is an original co-written by Grabham and Jim Leverton (bass and vocals), a song that certainly would have had hit potential back in 1980 when it was recorded. “Down on the Southside” is another standout original, a demo written with bassist John Gordon shortly after Grabham’s departure from Procol Harum; it features singer Jim Nellis and drummer Ian Byron. “Brand New Tango” is another hard-rocking Grabham original from 2005 featuring Rick Willis on bass, Graham Walker on drums, and Gary Brooker on piano. I’ve barely scratched the surface, but this treasure chest of Grabham’s recordings over the years, all previously unreleased, is a solid reminder of the outstanding musician that he is.