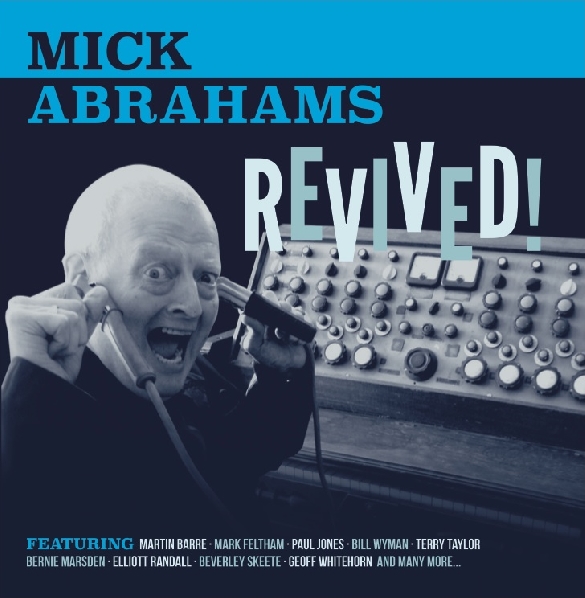 Way back in ’68 after the release of the first Jethro Tull album This Was, Ian Anderson and guitarist Mick Abrahams came to irreconcilable differences about the direction the new group would take going forward, resulting in the guitarist’s exit from the group. The following year Blodwyn Pig’s debut LP Ahead Rings Out hit the street with Abrahams at the helm, with a second to follow in 1970. Since that time he’s had a long string of solo releases, with the Mick Abrahams Band, and periodic reformations of Blodwyn Pig, never straying far from his blues-rock roots. On this latest release, Abrahams, now in his 70’s and in the wake of some health problems, is revisiting some blues and R&R classics he’s always wanted to do, with a strong cast of supporting musicians including Bill Wyman, former Steely Dan guitarist Elliott Randall, legendary Manfred Mann singer Paul Jones, Abrahams’ eventual replacement in Jethro Tull, Martin Barre, Whitesnake guitarist Bernie Marsden, and many others. Together they cover a number of rock and roll classics, like “Poison Ivy,” “Boney Maronie,” Chuck Berry’s “Nadine,” The Coasters’ “What About Us,” “I’m a Hog for You” where Abrahams is joined by Rhythm Kings singer Beverly Skeete, and “Bright Lights, Big City” with Abrahams and Paul Jones singing, the latter also contributing a great harmonica performance, with Marsden handling all the guitars. Interestingly enough, there are a couple cuts here where Abrahams doesn’t play or sing at all! But it’s not all cover tunes, in fact a handful of Abrahams originals are here, some co-written with Randall, and the Blodwyn Pig classic “Summer Day” is here in two different versions, one with Hammond organ by Josh Phillips, the other a more stripped down version without. In the companion DVD, Abrahams presents an introduction where he candidly discusses recent health issues, and introduces the various musicians that played on these sessions, and then it moves on to excerpts from the sessions themselves. Nothing earth-shattering here, just some rock and roll veterans having a whole lot of fun and reviving some great tunes in the studio.