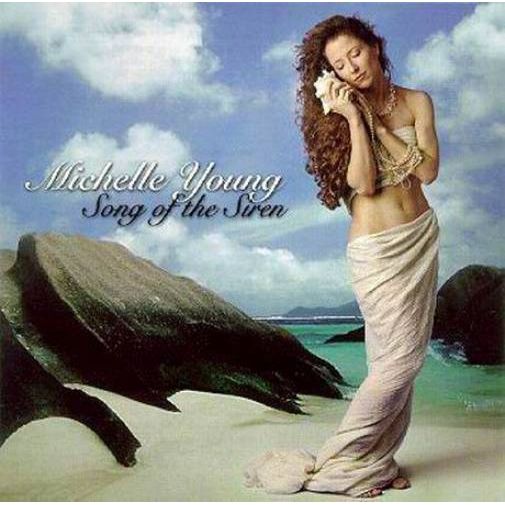 Song of the Siren is the first independent disk from this Nashville-based vocalist, pianist, and composer. Her vocal ability can be quickly compared to Kate Bush, circa Never Forever or Lionheart and Deborah Holland, but that's merely scratching the surface. Whereas artists such as Tori Amos or Happy Rhodes have been able to use emotive female passion as a springboard to define their own niche, Young does a few things to establish her uniqueness. Insert some French cabaret motifs on "Your Boots are Heavy," interesting samples of bagpipes, radio conversations, and a weird old man's voice on "Les Talk," and you see a talent not-so-derivative at work. Her songwriting lies in the the smart pop vocalist category: a little whimsical, flirty, and flighty. The only live track on the disc, "No Excuses," and also "Big Deal" bear direct relation to the aggressive rock style of Animal Logic (Stewart Copeland and Stanley Clarke's late 80s rock experiment). "Bamboo You" is a surprisingly subtle instrumental using bamboo flute, which counterbalances the vocal tracks nicely. Arrangements are mostly piano based with guitar, bass, and drums. The title track is probably the most successful: a lush ballad with a great synth solo closing section and intriguing ending. If you have no direct reference point and walked blindly into this disc, you'd be convinced you'd found a new and rare artist to champion. And of course you have.