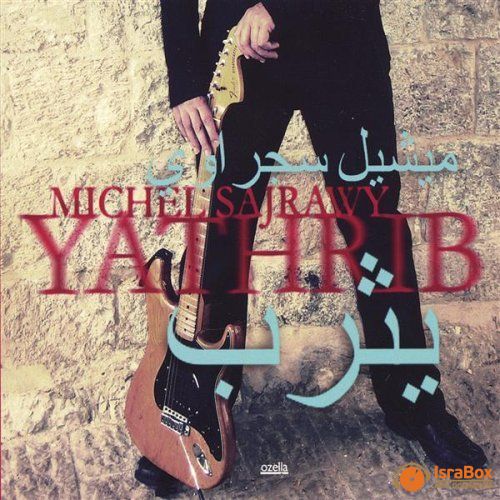 The nine tracks presented on Yathrib not only attempt to bridge Arabic traditional composition forms, western jazz idioms and progressive rock, they also bridge the cultural differences (Christian, Muslim and Jewish) of the ten players involved, led by amazing guitarist Michel Sajrawy, who also composed each of the pieces. The core ensemble is a quartet of electric and acoustic guitars, drums, electric and string bass, and oud, but they are frequently joined by additional players on violin, viola, jarra, rabab, tabla, rek, and other percussion. Every one of these cuts is very impressive, each in its own unique way, whether it involves one of the expanded lineups taking a jazz inspired flight, or the core quartet rocking out in some odd time signature with surprise changes at every hairpin turn. There are plenty of subtle microtonal flights herein as well, especially when the violinists come into play. Oud player Darwish Darwish is a flat-out monster on his instrument, though (being the newest member) he's only featured on a few of the pieces. Regardless of where the music goes, bassist Valery Lipets and amazing drummer Ameen Atrash are right there, providing a tasty framework and guiding the other players along to whatever may come next. Those looking for unusual kaleidoscopic fusion in a cross-cultural sense would do well to check this out; it's nothing short of awe-inspiring.

Wendy Carlos - Switched-On Bach & The Well-Tempered Synthesizer – Given the limitations of the synthesizers available in 1968, the choice of Bach as a focus for Wendy Carlos’s pioneering recordings makes perfect sense: the instruments could play only one note...  (2002) » Read more