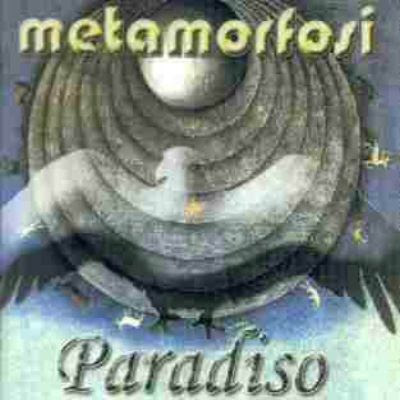 It’s been quite some time since Metamorfosi tackled Hell in their classic 1973 album Inferno, and now they’re ready to take on Heaven. With the vocalist and keyboard player from that bygone era plus a new drummer and bassist, they bring us the second part of a planned trilogy, with – what else? – Purgatorio yet to come. Given that vocals and keyboards were by far the dominant elements of Inferno, the basic sound remains intact from thirty years ago, and fans of the “big keys” style won’t be disappointed. There actually is a bit of acoustic guitar, courtesy of the new bass player, giving the band a color they lacked in their previous incarnation, but not significantly changing the overall sound. Jimmy Spitaleri’s voice is strong as ever, and as before, listeners who are not fans of quasi-operatic singing may be put off, but (as before) the music provides many rewards for those who stick with it. Enrico Olivieri relies heavily on vintage instruments, although with modern recording techniques, there’s a lot less “grit” to the tones (and I do miss the occasional crazy synth parts). Fans of Disney’s animated features know the villains are often more interesting than the heroes, and in a similar way, Hell is more interesting than Heaven, but this talented band manages to put a bit of fire in the Happy Place to make it interesting. The bottom line is that this is an outstanding reunion, with a surprising continuity over a gap of thirty years.