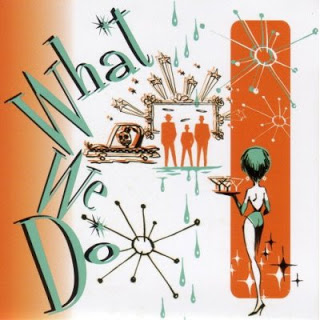 Much ado has been stated in the jazz press regarding the bastardization of cherished jazz standards meshed with dirty old rock and roll. The unwanted outcome: jazz-rock or fusion has been both a burden and a blessing for a few artists such as the McGill, Manring and Stevens trio, who still champion their own ideals for higher musical ground. Tackling several well known Miles Davis and Coltrane pieces where the best results lie with open arrangements focusing on the trio interplay which also was at the heart of the original performances as well. The Davis 60s quintet line-up tracks are represented by “Solar” and “Nefertiti,” along with Wayne Shorter’s signature piece, “Footprints,” and pianist Herbie Hancock’s “Maiden Voyage.” McGill and Manring have done a faithful rendering of the spacious mood of the songs, exchanging Shorter’s melodic sax lines between them. The group excels however on “Maiden Voyage,” with Manring giving a convincing solo that propels the piece. Bill Evans’s somber ballad “Blue in Green” dates back to the Kind of Blue era and in this trio format stands as an astute reflection on a timeless classic. Closing out the disc on a hard bop moment, Sonny Rollins’s “Oleo” is done up in more a straight jazz style as one might imagine a pre-Mahavishnu John McLaughlin to undertake. The additional live disc is a flash to five years back for a more intimate look at earlier trio endeavors. The emphasis then was again on trio interplay but within a familiar Allan Holdsworth construct. Both “Conflict Resolution” and “The Ripe One” occupy a mode similar to Holdsworth’s Metal Fatigue era where blistering riffs and phrasing drive heavy rock movements. Less derivative pieces include “Pools,” where Manring imparts a memorable Jaco-like solo, and the acoustic work out “The Voyage of St. Brendan.” The improv track contains a well conceived solo from Stevens that captures a comparative controlled energy similar to that of Steve Smith in the Vital Information bands. Overall these two discs indicate that jazz-rock is alive and well and in your face to stay.

Birdsongs of the Mesozoic - Petrophonics – Ever since I first heard this band back in the early 80s, I’ve been fascinated by their style: rock instrumentation playing challenging music which is not based in the conventions of rock and...  (2001) » Read more