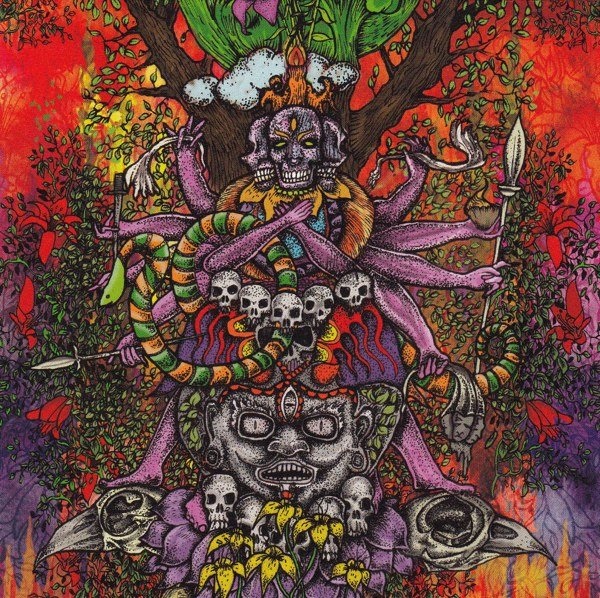 MMOB is a Seattle-based musician collective with members from Earth, Asva, Burning Witch, The Diminished Men, and special guests from Secret Chiefs 3 and the thriving Istanbul music scene. They compose and perform ritualistic / world / psychedelic / doom rock music, if you want a category. Totem Two is the second release of their Totem Trilogy and it is steeped in mysticism from various religions (Buddhism, Sufism, Christianity, Judaism, etc.). The music is mostly acoustic, but with a fair amount of electronic processing, electric guitars, and synths. At times there are some oblique Popol Vuh references, primarily due to the underlying chanting and repetitiveness of the music. The disc opens with a crackling fire and clanging bells that develops into a wall of processed sound, horns, bells, cymbals, and chanting that approximates a hallucinogenic altered state of consciousness that is also a sort of summons. The second track has a Turkish influence and is more of a slow and plodding processional. The third track is a dark and sinister organ piece followed by the chamber music of the fourth track. The fifth track is very short (about two minutes) and amorphous. The disc closes with “Patmos,” which is the most melodic of all and the music is uplifting. You can get a sense of progression through the music from the lowly sinful world to some ultimate transcendent state. So if you want your third eye opened tonight, you may want to check out MMOB.