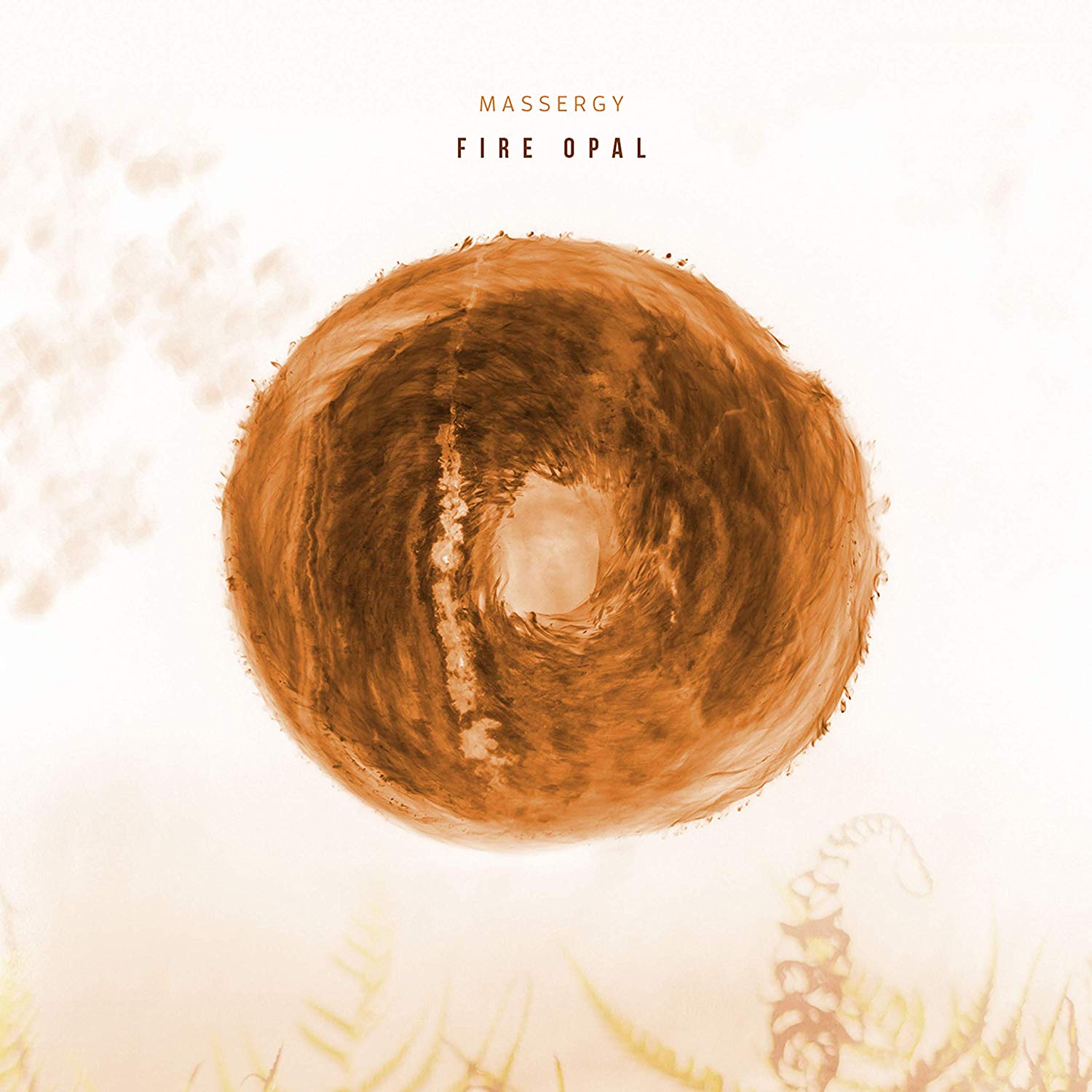 Massergy is the floating ambient electronic music project of one Eric Jensen, based in Austin, Texas. There’s an interesting back story here: Massergy was originally created to honor Jensem’s brother Adam, an electronic musician who was sadly killed in a car crash in 2002. Eric at that point had no musical background or training of any kind, but felt compelled to continue his brother’s work, and spent the next ten years teaching himself methods of programming, composing and production before releasing music as Massergy. He has released four albums prior to Fire Opal beginning in 2013 as downloads only, with this, his fifth being his Spotted Peccary debut, and his first to be released on any physical medium. Using analog, digital and hybrid synthesizers, electronics and ambient guitar, he creates widescreen panoramic epics of stellar beauty, where drifting layers of color and subtle shading pass across the night sky like the aurora borealis. An interesting thing is that he creates all his music outdoors, at night, in a nature preserve, in all kinds of weather, without the use of sequencers, software, loops and plugins. One might suspect that due to his self-training and unique way of producing, his techniques and vision are somewhat personal and expressive and don’t fall into any of the standard categories like Berlin School or such. Additionally, the seven pieces here are presented as performed, without any sound edits or changes made after the pieces were initially recorded, so they capture the intimate spirit of their creation. The results are mystical and captivating, while breathtaking in scope, with shifting dynamics that can jump from a focus on delicate subtleties to powerful and deep acoustics. There are some similarities with things one may have heard before, percolating patterns, dreamlike washes and ambient shimmering guitars, but everything is done in a way that is uniquely Massergy.