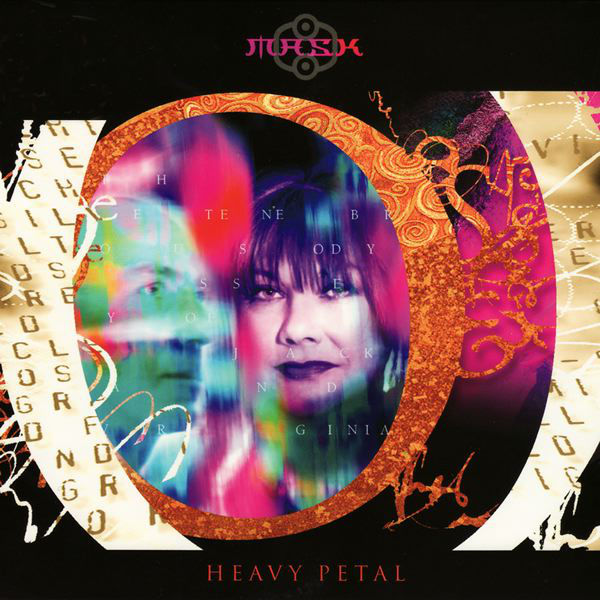 The members of this duo should be familiar to all Exposé readers, although this latest project is quite a surprise. Cellist, synthesist, and composer Marvin Ayres has released several discs of ambient and film music in recent years, several of which were reviewed in #32. Sonja Kristina is best known as the voice of legendary progressive band Curved Air, but has an even longer career as a folk singer and composer; here she sings, co-writes, and plays guitar. A brief story line in the gatefold follows the subtitle “The Tenebrous Odyssey of Jack and Virginia,” but apart from song titles that may follow this concept, the music the duo makes together stands solidly on its own. The result is a synthesis of the backgrounds of both musicians: a drifty, dreamy ambient sound into which touches of pop, folk, and world music are fused. The songs, which tend to be fairly laid back and mellow, are tied together by even more relaxed free ambient interludes of layered synths, processed cello and vocalizing; it all works together superbly as the energy level builds and releases regularly throughout the album. Sonja’s voice is as beautiful as ever, whether she’s singing lyrics or providing a layered floating backdrop in an instrumental setting. This is a two-sided disc, including a DVD with 23 minutes of material, videos of two tracks from the CD side and an extended version of another fused with stunning imagery. Very nice indeed.

Bill Frisell - Bill Frisell with Dave Holland & Elvin Jones – Leave it to guitarist Bill Frisell to alternate jazz takes on American roots music with a turn together among two of the 70s' most venerated jazz sidemen who played with Miles Davis. Holland made...  (2003) » Read more