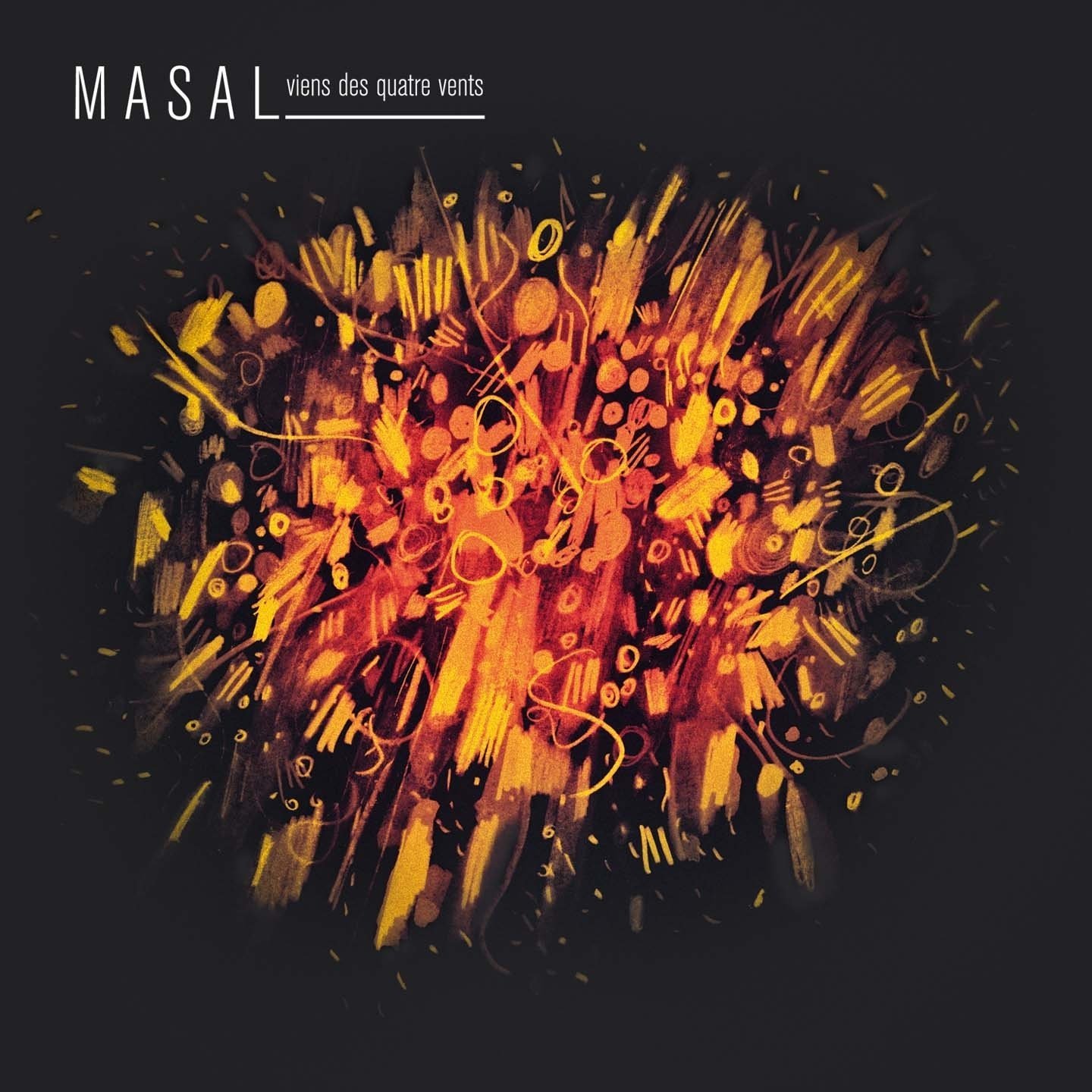 Back in the mid-80s, French composer and bandleader Jean-Paul Prat released a sprawling album-length piece “Masal” (split into two parts due to the limitations of the LP medium), meticulously arranged with multiple pianos, two flutes, two saxes, trombone, trumpet, French horn, bass, three guitars, drums (played by Prat himself), percussion, and voice. The piece was an almost indescribable mix of jazz, chamber, orchestral, and rock, with hints of folk and zeuhl; truly there was nothing else like it, existing pretty much in its own universe. And it seemed that was all there was; Prat made his statement and exited from the music business. Although Masal found its way to a CD reissue, nothing else would be heard from Prat for another 25 years, when out of the blue in 2009 a new album (now billed as Masal) called Galgal would appear. In recent years Prat has released a couple solo albums, but the album at hand, Viens des Quatre Vents is the true follow up to Galgal. Now Jean-Paul plays piano throughout, and bass on one cut, his son Jean Prat is the band’s drummer, and the lineup is rounded out by sax, guitar, and various bassists on the remaining tracks. While the more stripped-down roster of musicians can’t deliver the complex orchestral arrangements from years gone by, the five compositions included here, and their complex and spirited angular piano-based arrangements are unmistakably Prat’s work. The pieces are always moving and changing, shifting gears constantly with flashes of color and cosmic brilliance, like navigating the twists and turns of a raging river, the frenzied pace never really lets up. Some semblance of familiarity will only come after numerous listens, which is the way it should be anyway. A lot to enjoy here.