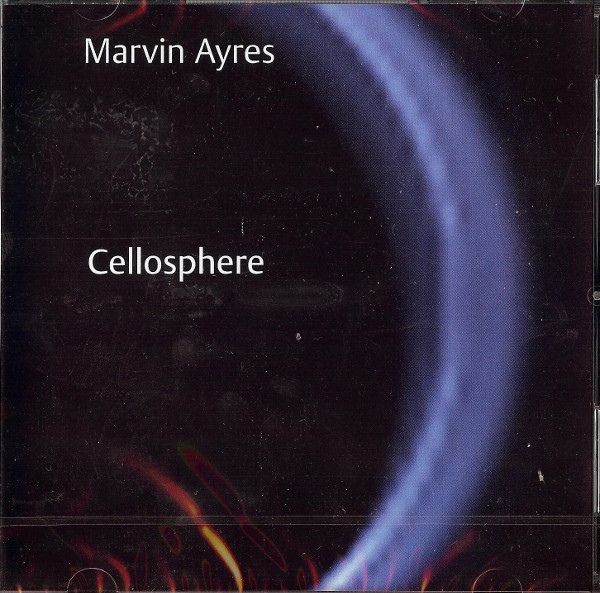 Marvin Ayres is a string player (cello and violin here) who specializes in using electrified instruments to build ambient clouds of sound (see Neptune in New Releases). This is an early example of his technique which centers on long tones and a very spacey vibe. Definitely music for drifting aimlessly rather than traveling purposefully. While there is not really a conventional tonality to the music, it is not particularly dissonant either. The layers of notes build up and fade away, now a dense cluster, now near silence. Often there’s a shimmering texture in the upper frequencies probably resulting from some sort of effects devices or signal processing, and sometimes the instruments drop out, leaving echoes to continue after them. Many times you’ll swear there’s a keyboard getting in on the action, but it’s probably just illusion. While there are never truly melodies, sometimes the sound is very sweet, though there is a hint of unease lurking in the background. Like any other music of this kind, it doesn’t bear sustained listening unless you’re in a very mellow mood, but when the time is right, this is good stuff. This reissue adds a bonus track, the ten-minute “Sensory,” to the original release’s three tracks, which totaled less than forty minutes.