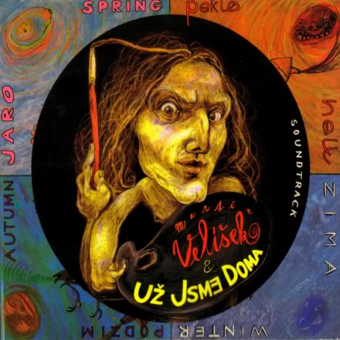 This upstart Czech ensemble occupies firm Rock in Opposition territory, with honking horn fanfares over rhythmically tricky power chord riffs. However, this generalization doesn’t quite work with the album as a whole. The album’s opening track (“Lukewarm and Gray”) may set the tone for the rest of the album, with several low-register saxophones riffing furiously unaccompanied. However, there are a few surprises hidden in here: the hauntingly pretty piano / marimba piece “Metaphysicist” wouldn’t sound out of place on a Happy the Man record, and “Choir” resembles a church choir on speed. The longest track, “Brawl,” is more evenly paced, and it stands out nicely for its powerful themes and development atypical of the rest of the album. Most of the songs are very short, many under 2 minutes long. With riffing this intense, this turns out to be a blessing, as even the short songs come close to giving you a headache by the time they are through. But hey – no pain, no gain! RIO fans will like this one. Collectors should note that this disc was also included as part of a large 9x9 limited edition pop-up book featuring numerous works of the band’s album cover artist.