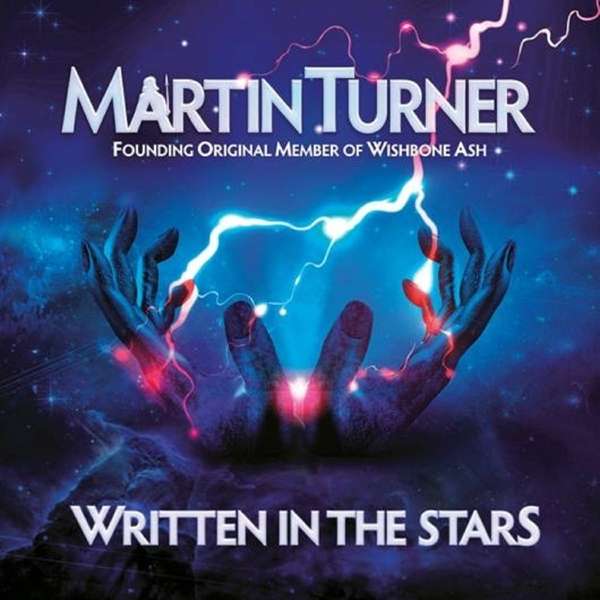 Since around 2005 the original Wishbone Ash bassist and lead singer, along with his band (occasionally involving other original members) have been touring, and along the way released several CDs as ‘Martin Turner’s Wishbone Ash,’ mostly live recordings of classic Ash material, but there was a complete studio re-recording of Argus as well. In 2013 Andy Powell – the last original member of Wishbone Ash carrying on the band, sued Turner for use of the band name, had his day in court and won. As a result, Turner’s band’s next release in 2014 was by ‘Martin Turner and Friends,’ then in 2015, as was pemitted in the judgement, this latest release is by ‘Martin Turner – Founding Original Member of Wishbone Ash.’ At any rate, Written in the Stars is an all new studio effort by essentially the same lineup as before (drummer Dave Wagstaffe left to be replaced by Tim Brown, and incomong guitarist Misha Nicolic plays on a few cuts, most feature guitarists Ray Hatfield and Danny Willson). The eleven tracks here remain true to the classic WA blueprint established across early albums like Pilgrimage, Argus, Wishbone Four and others encompassing their classic repertoire from 1969-80. Indeed, the Willson-Turner penned instrumental “The Lonely Star” that follows the group-penned “Vapour Trail,” is a stunning tune that could have come straight off any of those classic early albums, as does the group-penned vocal tune “Falling Sands.” The dual lead guitars, the stunning vocal harmonies, the melodic savvy, it’s all there in abundance, as it is on most of the other tunes enshrined herein. “Mystify Me” and “Pretty Little Girls” evoke the more rockin’ side of the classic Wishbone repertoire. Album closer “Interstellar Rockstar” is a fully orchestrated piece that stands out from the others, involving several extra players and singers. All said, this is the real deal.