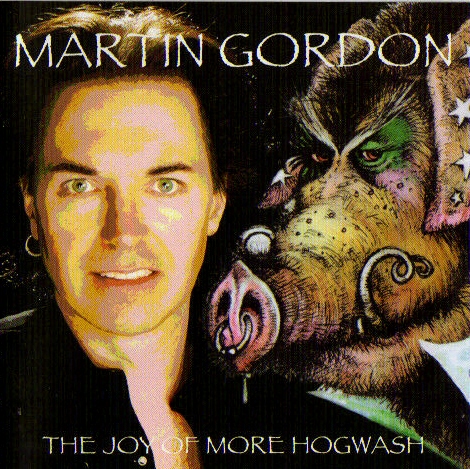 Bassist Martin Gordon has spent the better half of his career backing a wide array of established pop stars from the lesser known Mael brothers (in Sparks) to Robert Palmer and Kylie Minogue. The Joy of Hogwash sees him put forth another solid collection of crafted pop tunes within a quartet configuration. Gordon is the sole composer for most of the album except for a witty group collaboration (“Love Power”) and a harmonically skilled cover of the early Beatles, “Every Little Thing.” The opening cut of the CD’s fourteen pieces begins with an uncredited nod to the Beatles “Baby in Black” that segues into a pastiche of harmony vocals and tongue-in-cheek political commentary. Martin’s band occupies a niche not far removed from ELO or the poppier songs of Utopia (fronted by Todd Rundgren). “Land of Nod” even recalls some of the 80s pop rock territory charted by Chris de Burgh. “She Still Thinks (That We’re Still in Love)” is an upfront aggressive rocker that reminds me of the same approach used on Todd’s “Hammer in My Heart” or “Infrared and Ultraviolet.” Lead vocalist Pelle Almgren given an excellent delivery throughout and often times sounds like Robin Zander on the Beatles track. The song “Cheap Trick” in fact is a tongue-in-cheek tribute to the band of the same name. In closing, Gordon’s fondness for clever songcraft has placed him squarely on the European radar with hopes for cracking the US not far behind.