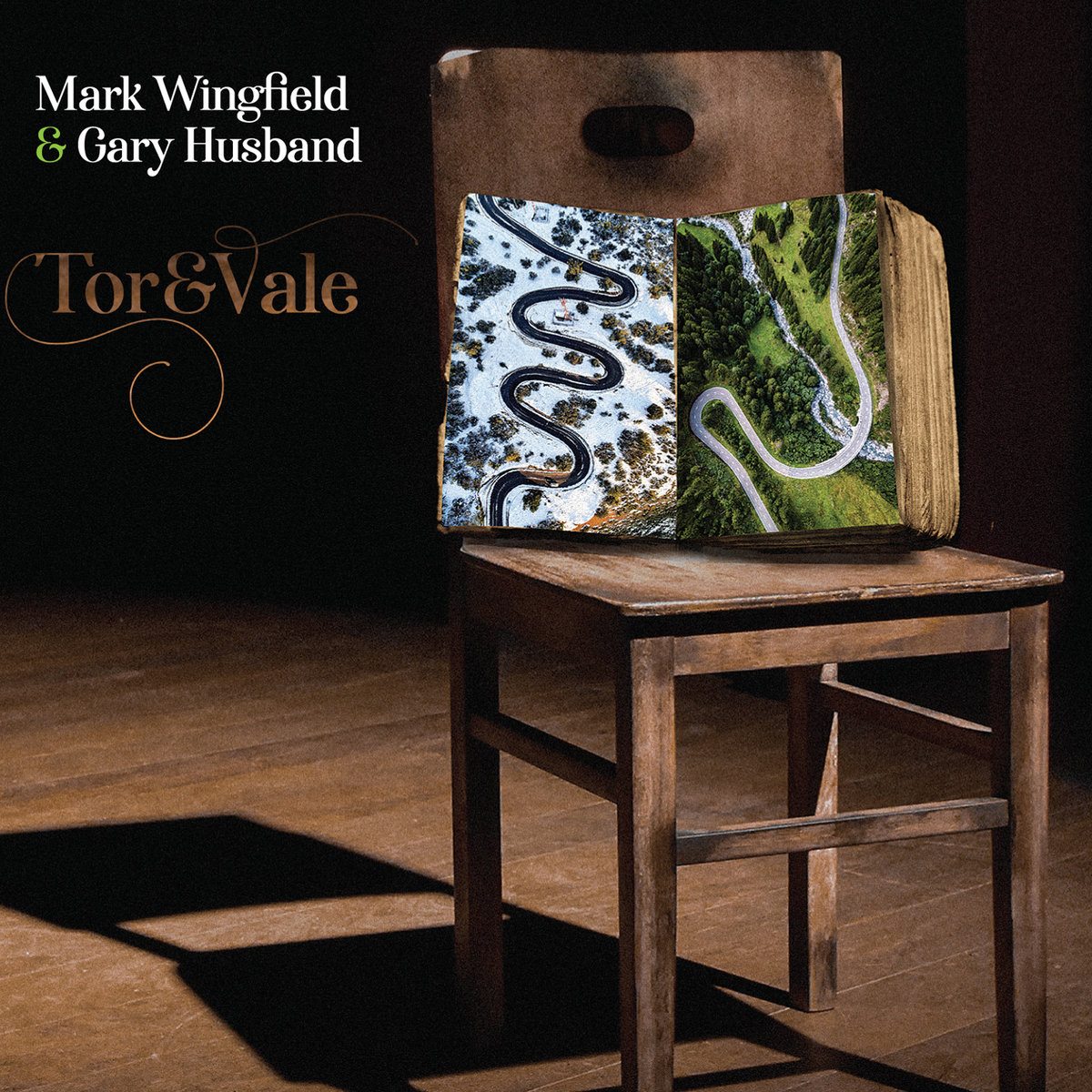 Mark Wingfield and Gary Husband are two musicians we’ve encountered before in a fairly wide variety of settings. Wingfield is on a number of releases on Moonjune in various configurations with bassists, drummers, and keyboardists, and has also worked with Kevin Kastning on a number of improvised sessions. Husband has an extensive resumé as a jazz drummer with John McLaughlin, Allan Holdsworth, Gongzilla, and many more, but has also distinguished himself as a keyboard player, with a pair of solo piano albums and many guest slots in this role. Tor & Vale features five pieces written by Wingfield and three improvised pieces, for well over an hour of music, and a listener could easily be forgiven for not being able to tell which tracks are composed and which are spontaneous. The free flow of ideas sounds very natural — these two are definitely on the same wavelength. Wingfield limits himself to single-note lines, leaving the chordal richness to Husband, a wise choice given the circumstances, though it’s also true that this kind of playing is squarely within Wingfield’s normal style. His distinctive tone and way of bending notes set him apart from other guitarists, along with the seamless way he goes from long notes with mangled tones to quick runs of picked notes. Husband’s piano is fluid, impressionistic, and melodic, seldom dipping into dissonance, and resembles modern classical music more than jazz or rock. Tor & Vale is beautiful without being cloying, and meditative without being somnolent. Given its length, the album might be a bit overwhelming in a single sitting, but luckily all the tracks are equally good and work individually. This is a unique recording that reveals new facets on each new listen, and should stand the test of time.