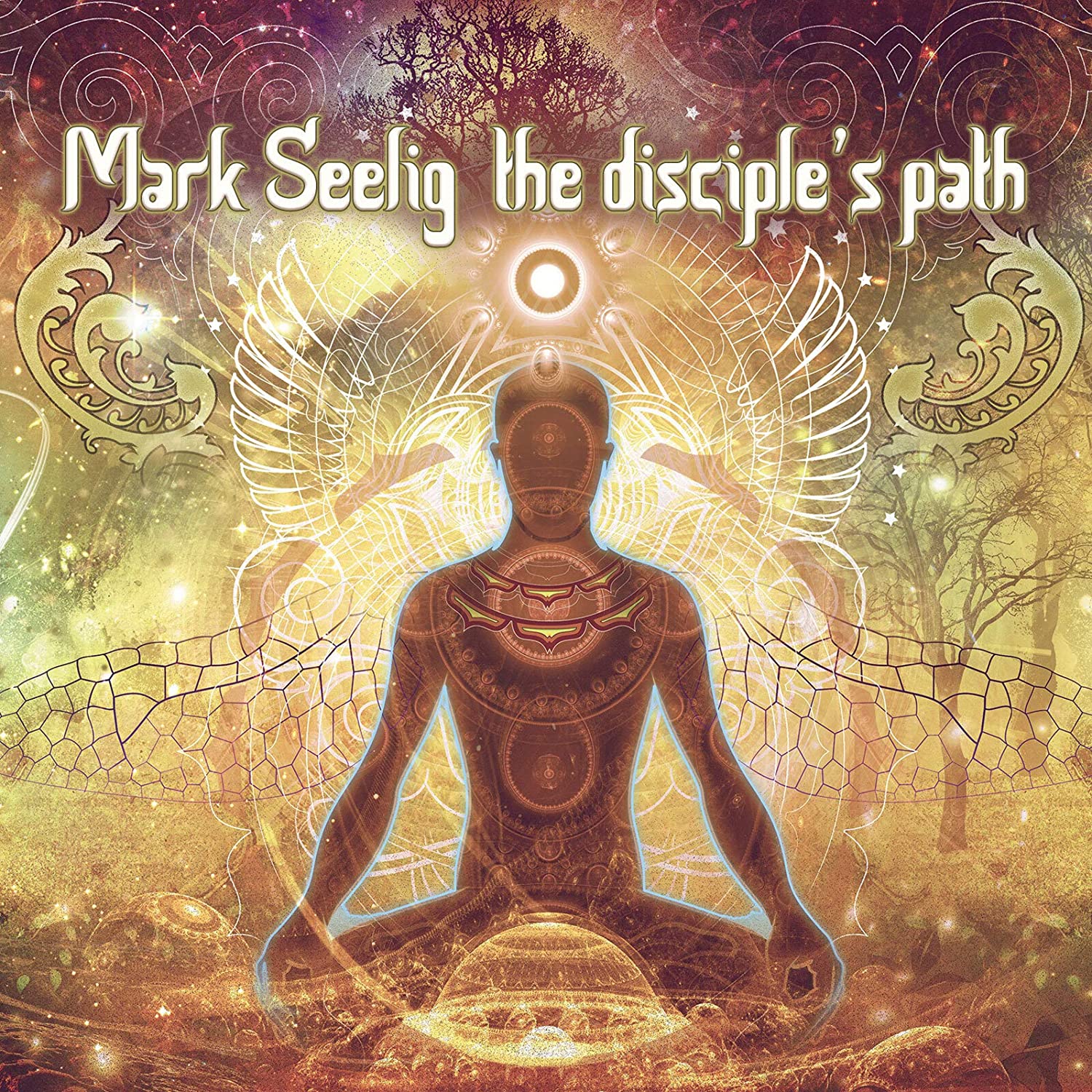 Bansuri player Mark Seelig is best known for his collaborations with Byron Metcalf, Steve Roach, Loren Nerell and others, most of which we have reviewed in these pages. In 2005 he privately released his first solo album, Disciple, as Amaresh Mark Seelig, with Metcalf (percussionist), two guest vocalists, and a sarod and tamboura player joining in as needed, with Roach adding electronic drones to the sessions. Five years later it was re-released by Projekt for wider distribution. Now, after fifteen years, The Disciple’s Path is here, the follow up, with Seelig playing bansuri flute, dilruba (something like an Indian cello), electric violin, acoustic guitar, and occasional overtone singing, this time with Loren Nerell providing the backing soundscapes and drones, and a bit of percussion from Max Link, all across four long tracks bringing the CD out to 75 minutes. Throughout, the feeling created by the subtle drones and percussive elements going forward with Seelig’s wandering flute (and strings) being the music’s main focal point, offering the listener a beautiful respite, moving gently through relaxing and meditative moments, casting a beautiful and gentle expansive spell that one wishes could go on forever. Seelig’s liner notes provide some background and insights on each of the four tracks, including the 36-minute title track, much of which is improvisation. The totality of what Seelig presents here has a powerful and transcendental effect that has an articulate and reflective quality that can easily move the listener to a more tranquil state. After the disc plays all the way through, you won’t need to hit the repeat button, your spirit will already be at a beautiful destination.