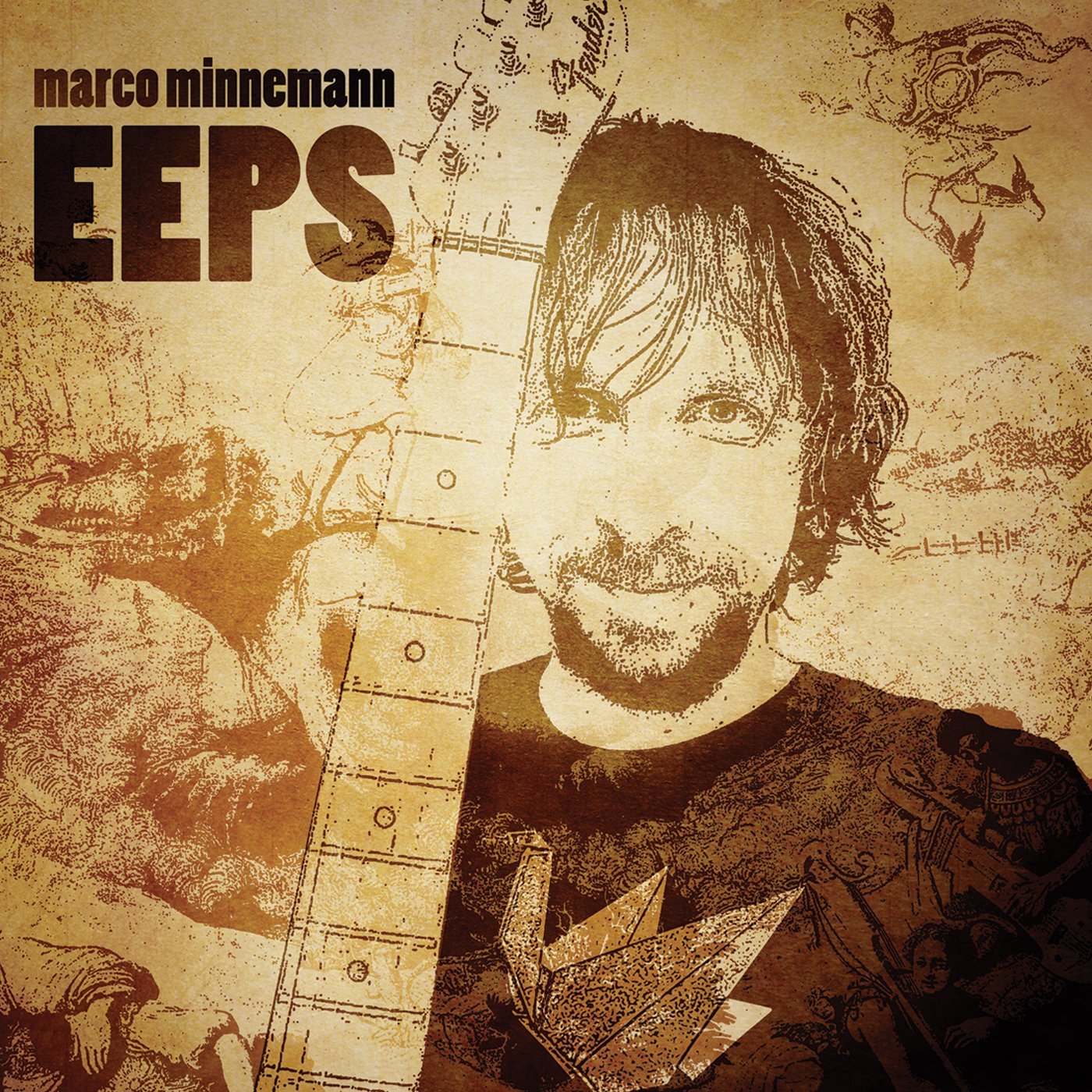 Most of us are aware of German drummer (by way of Lake Elsinore, CA) Marco Minnemann for his collaborations and work on other peoples’ releases: The Aristocrats, Illegal Aliens, Mike Keneally, Steven Wilson, Trey Gunn, Matte Henderson, Adrian Belew, and he was the touring drummer with Eddie Jobson’s reformed UK a few years ago, and was featured on the UKZ four-song EP, and that probably only represents about 10% of what he’s done. A consummate overachiever, I’m never surprised to find his name in the credits on any new disc I may encounter, he is a drummer’s drummer, he really is that good. What may not be as well known is that in addition to his mastery behind the drum kit, he’s also an accomplished multi-instrumentalist (his first instrument was a keyboard, before switching to drums and guitar), composer, producer, and engineer, and has a long string of solo releases where he sings and plays most or all of the instruments; EEPS is just the latest of those. The 18 songs on this full length disc draw from all of Minnemann’s background working in pop, punk, metal, jazz, fusion, and progressive rock circles, an impressive collection of brilliant, mostly-instrumental compositions intrepidly arranged, and with the lone exception of the closing track “Villain Vultures” where co-producer Scott Schorr contributes guitar, bass, and keys, Minnemann pulls it off all by himself. The experimental sounds of “Right on Time and Out of Tune” or “Douche” would be right at home on a Frank Zappa album, whereas the rhythmic complexities of pieces like “Live Ghost” and “Dead Ghost” make for some mighty impressive progressive rock work. Tracks like “Sunshine” and the nearly-twelve minute “Sushi Cat Doll” display a remarkable mastery of the catchy rock riff, funk groove and tasty pop hook. Like his fellow traveler Mike Keneally, there’s plenty of evidence in EEPS that Minnemann is on terra firma with any style of music he attempts to tackle.