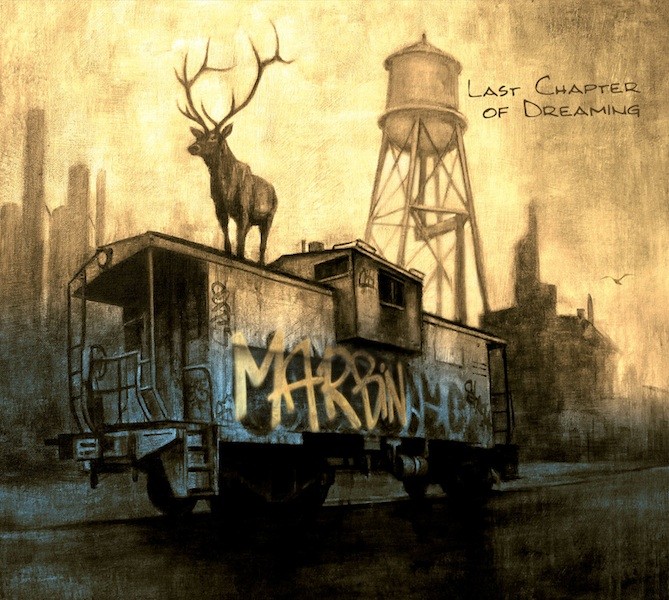 When last we checked in with Marbin (Breaking the Cycle from 2011) two tendencies seemed to be competing within the band: energetic jazz fusion and melodic borderline smooth jazz. Those same poles are present on Last Chapter of Dreaming, though the balance has shifted to the more rock-oriented side — which is fine by me! Those soaring melodies that were previously presented in almost sappy arrangements are given more interesting settings. Guitarist Dani Rabin and saxophonist Danny Markovitch are the only players present on every track, with a pair of bassists and drummers providing backing (bassist Jae Gentile and drummer Justyn Lawrence are on most tracks). There's also a substantial list of guest players on percussion, keyboards, trumpet, and vocals (mostly the wordless female variety as heard on their previous releases). Marbin's sound is distinctive, with only brief flashes reminiscent of other artists. You might hear occasional bits harking to Larry Coryell, Pat Metheny, or even Lalo Schifrin, but in the end it's all Marbin. Ten different studios are listed in the credits, but the sound is completely consistent. Much more so than Breaking the Cycle, Last Chapter of Dreaming shows the world what Marbin is all about, and it's great to hear. Well done — a breath of fresh air to clean out the mustiness of the fusion genre.