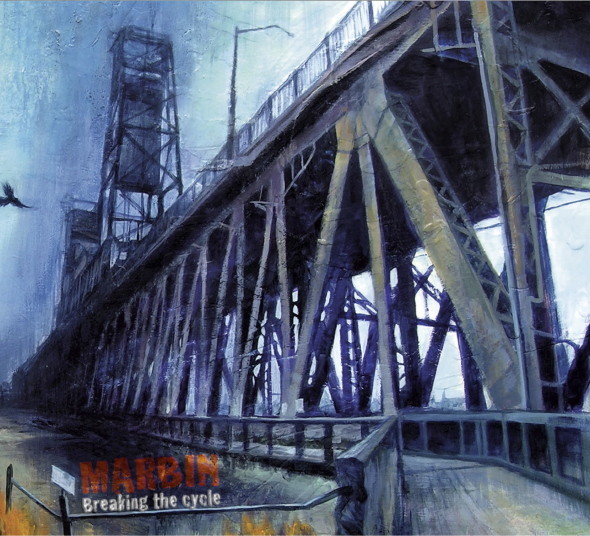 Breaking the Cycle jumps out at you with a catchy romp called "Loopy" - which as far as I can tell doesn't utilize loops, but is maybe referring to a feeling of dizziness or intoxication. (You know, there is always the issue of naming instrumental pieces.) This tune is a bouncy shuffle filled with great guitar and sax playing, pretty much a perfect example of modern jazz-rock. The second track, "A Serious Man," shows us a different mood, much mellower, striking me as a cross between the soundtrack of a 70s European movie and contemporary smooth jazz. The soprano sax as an instrument has been forever tainted by the likes of Kenny G — I just try to remember that Coltrane was known to use one too. The next track continues the mellow trend, with a wordless female vocal and simple strummed acoustic guitar again bringing to mind old movie music. But then we get "Bar Stomp," with some gritty slide guitar and a down-and-dirty rhythm section. Through the rest of the set, tunes are split roughly half and half between energetic scorchers and mellow, melodic background music. In short, Marbin at their best are a great band, and even the few tunes that compel me to hit "skip" aren't enough to keep me away. Having seen their energetic live performance, I look forward to a recording from them that more closely resembles the band they can be.

Finch - Glory of the Inner Force – Dutch band Finch's debut album has been long overdue for CD reissue. Acclaimed as a classic by some, and as overrated by others, either way you look at it its still a must listen. Finch were an...  (1994) » Read more