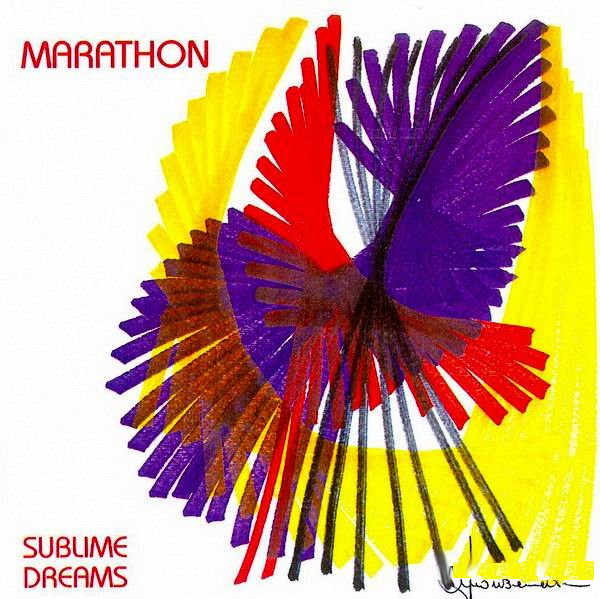 Why do they do that? I hate that! On Sublime Dreams, Marathon commits the cardinal sin of having vocals in a language that they don't quite have in their grasp. The lyrics appear to have been completely composed in another language then translated, word for word, into English. The whole subject / verb agreement thing is out the window. Tenses.. what are they? Listening to these lyrics is another ordeal. It becomes so annoying that it's unbearable after about one song. It's really unfortunate, because his voice is not all that bad. He reminds me a little of Peter Gabriel in places, but with slightly more power. However, his faulty pronunciations and grammatically indecipherable lyrics prevent me from appreciating anything he sings on the album. They should have hired a translator and English coach if they wanted English vocals that badly. By the way, what's wrong with Italian, guys?

Anyway, what about the music? If you can get past or (in my case) ignore the lyrics, there is some enticing music to be heard. The guitars are a mix of metal, heavy metal, and shred metal. Feedback, harmonics, and dive-bombs are used in almost every song, and any note that is held longer than half a second is pitch bent with the whammy bar. It's kind of like an espresso version of Randy Rhoads – so much so that it's humorous. Even though it's amusing sometimes, the guitar does have some really cool parts. One of the most distinctive aspects of the music is the effective use of sudden changes between major and minor keys – occasionally twice within one measure. Rarely have I heard this technique used in such a clever way. The drums have exaggerated and overdone effects processing which occasionally takes away from the parts played by the other instruments. If it wasn't for the lacking vocals and lyrics, the album would be a decent prog metal album.

Bill Bruford with Ralph Towner and Eddie Gomez - If Summer Had Its Ghosts – When Bill Bruford is on break from his drum duties with King Crimson, what would you expect him to do? Should he go on vacation or work in another less hectic, but rewarding mode? If Summer Had Its...  (1998) » Read more