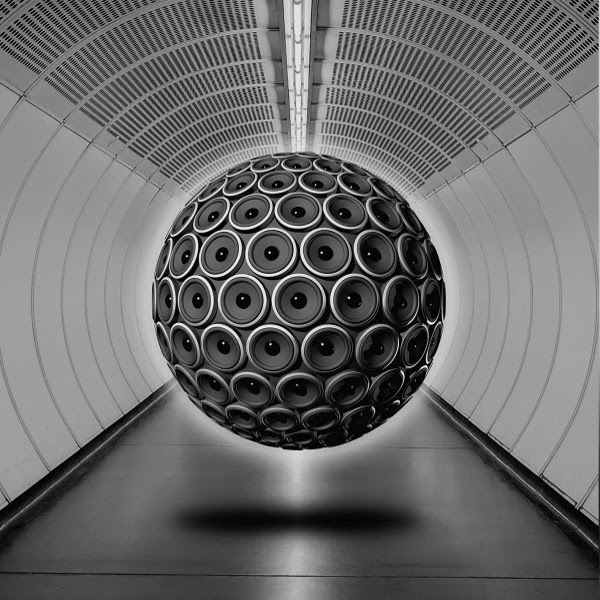 I’m pretty sure that Voices is the first music I’ve heard by Mangala Vallis, so I can’t compare it to their previous work. What I can tell you is that it’s a fine example of sophisticated modern rock with a slight flavor of prog sprinkled in. The prog manifests mostly in the instrumental sections, where they will sometimes slip into an odd meter and have some interplay between the guitar and keyboards. There are elements of 80s neo-prog, with accessible melodies and relatively compact song structures (mostly six or seven minutes), though without the dated production style that marred much of the genre when it was new. Roberto Tiranti’s vocals are good, with a gritty edge (though much more tame than previous vocalist Bernardo Lanzetti) in his lower range, but with a strong upper range free of gravel and vibrato. He’s also outstanding on quieter, sensitive passages. Original members Gigi Cavalli Cocchi (drums) and Mirco Consolini (bass, guitar, vocals) are still on board, along with Niky Milazzo (guitar, who came on board as a guest for Lycanthrope) and Gianfranco Fornaciani (keyboards and vocals, who had previously worked as a songwriter with the band). Of particular note is the fact that the keyboard sounds are mostly modern, though not in a tacky way, with occasional use of classic organ or Mellotron tones — not the kind of 70s fetishism found with so many current bands. Another nice factor is the quality of the backing vocals, which tackle both chordal harmonies and countermelodies at times. It’s all superbly recorded, for a solid example of rock that walks in several lanes without committing to any particular direction.