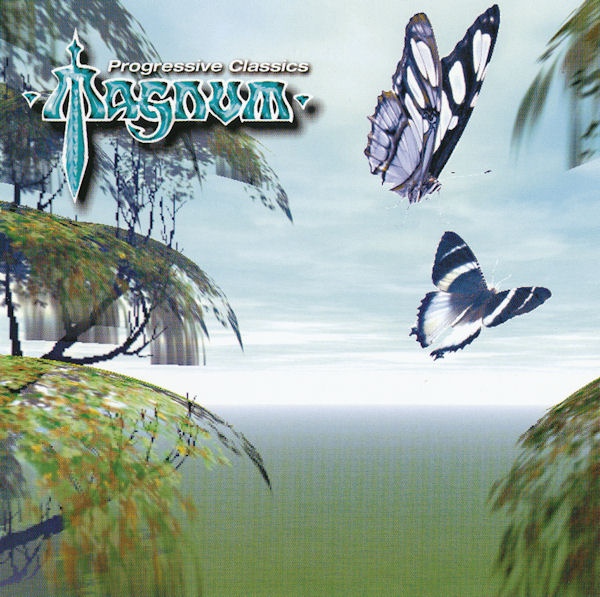 This English "pomp-rock" (as those silly British metal mags used to call it) band has been around for donkey's years. Wide spread fame always seemed to elude them however, but given the disdain of the popular media it is little surprise. Indelibly impressed in my mind are the record jackets of Magnum's early 80s albums Chase the Dragon and The 11th Hour, decorated by the great Rodney Matthews. The fantasy world depicted by Matthews however is not matched by the down-to-earth music Magnum has been pumping out. Originality seems to have held little virtue for them: Bad Company, Uriah Heep, Styx, Jefferson Starship, and more – elements of all these are discernable in these kinds of dramatic keyboard-embellished arrangements that were wiped out by the late 80s. Where Magnum shine most are in the vocals — recalling David Byron, Bowie, or Elton John, they are always belted out with conviction. What this group really were in dire need of is some production savvy. The sound quality fluctuates from song to song (understandable as it is compilation of many years' work I suppose). A couple songs are little more than demo quality, and the drums on most of the studio-recorded entries here sound poorly mixed. The two live songs suffer no such affliction. I'd need my sanity checked before I ever called Magnum a progressive band, but if 80s British hard rock is your game you may want to give a listen.