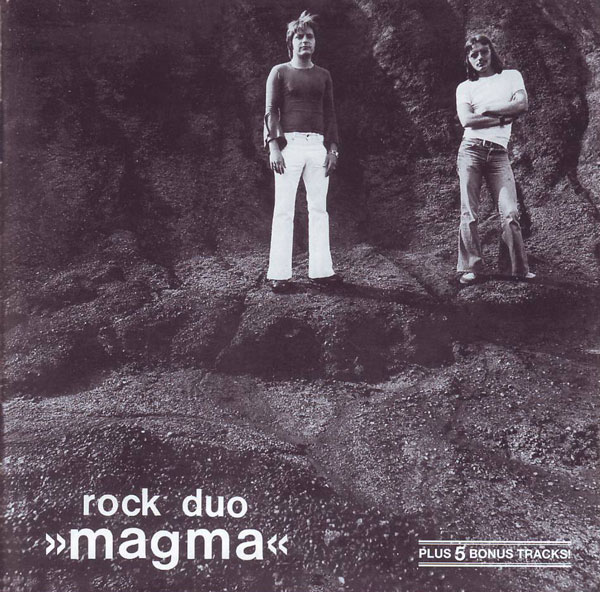 As the story goes, this German duo was unaware of a French band with the same name, and they certainly bear no stylistic resemblance to their more widely known and prolific namesake. Drummer Siegfried Scholz and keyboardist Detlef Gehrke originally played with a guitarist, but when he left, they continued as a duo, with Gehrke covering the low end on synthesizer and electric piano. Stylistically they range from fairly standard rock (albeit without guitar) to adapted Classical pieces, and the sound is generally quite uncluttered, as Gehrke did not indulge in many overdubs in the studio. Of course, “uncluttered” is only a short step away from “thin” when it comes to arrangements, and there are certainly times when a little clutter might have been welcome. The descriptively titled “6 Minutes Release Rock” is a case in point: for its first half, a simple two-chord pattern on organ backs up a synthesizer solo while the drums keep a steady beat, and a bass part might have rescued it from tediousness; the drum solo that makes most of the rest of the tune does not display any more than average competence. On the whole, it’s a bit amateurish, but has some nice parts here and there. Both of the musicians sing in serviceable English, with Scholz apparently mostly leading. This reissue was taken from a mint vinyl LP, as the master tapes have been lost; the sound quality is fairly good, and the five bonus tracks make for a good package.