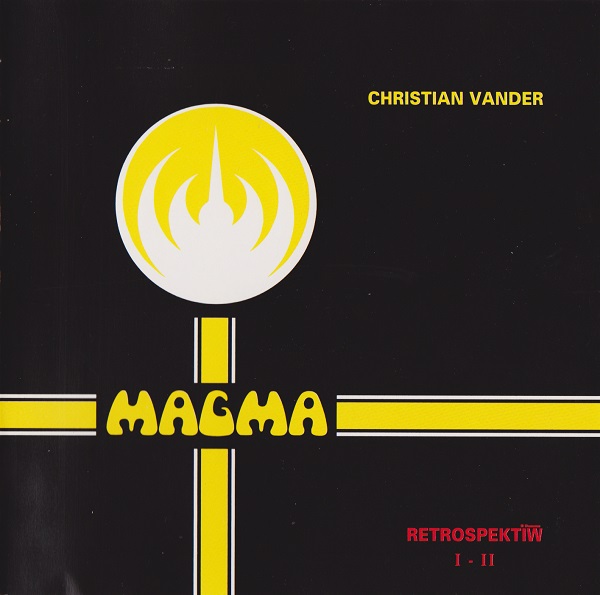 The second album culled from the 1980 reunion concerts is a double, and features breathtaking performances of two of Magma's epic live pieces. The first official release of "Theusz Hamtaahk" is a welcome inclusion. This version begins slow and deliberate, gradually picking up momentum through the repetitive instrumental middle section. Agitated vocal and synthesizer melodies build to several peaks during the finale before bringing the piece to a resolute ending. The rendition of "Mekanïk Destruktïw Kommandöh" captured here is perhaps the most powerful one ever released. The use of synthesizer on this version is unique and extremely alluring. Bernard Paganotti's bass solo towards the end of the piece is short and rather avant-garde, quite different from the type he used to play in the mid 70s. It leads into a spectacular long violin solo from Lockwood that is perhaps one of his finest moments with Magma.

This year marks the 25th anniversary of the formation of Magma, without a doubt one of the most innovative and progressive bands of all time. Their music combined very intense and spiritual elements of jazz and classical with the power of rock. They are absolutely unique among bands, having created their own spiritual/sci-fi concept based on an enlightened future race who start a new civilization on the planet Kobaia, having witnessed the decay of humanity on Earth. They sing most of their material in the language of the new planet, a linguistically correct creation of the band members, and specifically drummer Christian Vander, called Kobaian. Although there was a high turnover rate within band's lineup during the 70s, the revolving roster included many of the best and most innovative musicians of the day, and as such they managed to produce a number of classics. On three nights in June 1980 at the Olympia in Paris, past and present members of the band reunited for a series of 'retrospective' concerts, covering their classic material. Two albums resulted from these shows — first was a single LP (Retrospektiw III, reissued on CD in 1992) . Second — and the subject of this reissue — was a double album covering two of their album length pieces: "Mekanik Destruktiw Kommandoh" from the 1973 album of the same title, and "Theusz Hamtaahk", which at that point had been played regularly in concerts, but had never appeared on record in its entirety. Both are stunning pieces, opuses of a grand scale involving operatic chanting (up to six vocalists in all), backed by an expanded instrumental lineup of dual keyboards, dual guitars and violin, solidly anchored by the throbbing bass of Bernard Paganotti and Vander's intense yet highly controlled drumming. The version of MDK here is certainly one of the most powerful I've ever heard, far superior to the original studio version. In short, this long-awaited reissue is a must have for all fans of the band, and a sure bet for newcomers as well.