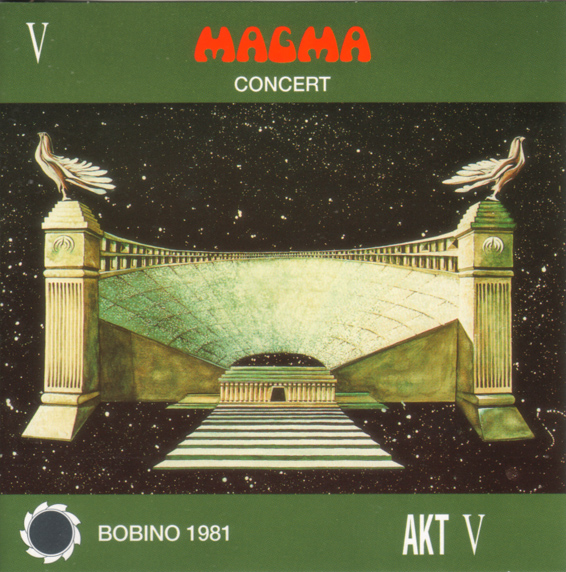 The latest release on Vander's AKT label is a two CD set featuring live material from 1981. The band at this point was fairly versatile, with multi-keyboards and horns joining the multi-vocal, bass, and drum lineup. Thus the song renditions presented here are generally full and lush, and bear some resemblance to the sound of late 70s fusion groups like Return to Forever. The selection of pieces on this set, though, is sort of a mixed bag. The version of "Hhaï" is as strong as the one on RetrospektÏw III, and features guitarist Jean-Luc Chevalier trading furious solos with Benoit Widemann on synth. Chevalier also contributes outstanding solos on an extended "Retrovision" as well as on the highlight of the set, a 30 minute previously unreleased "Zess." This Vander composition is in the classic Magma style, beginning with a long, mysterious choral incantation and concluding with a slow, dramatic crescendo to the finale of the piece. Aside from a very fusionish "Zaïn," the remaining tracks are rather weak, and tend more towards the style of Magma's next studio album, Merci.