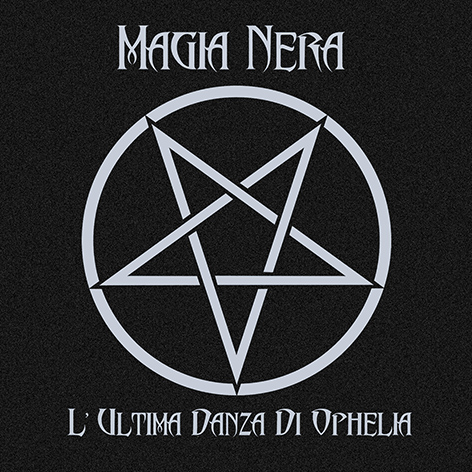 Turning back the hands of time to the late 60s sees the debut of the Italian band Magia Nera (Black Magic) and their brand of dark progressive music. They were active into the early 70s when the transport van delivering the master tapes for their album caught fire. Though their dreams were thwarted, they never gave up hope. Now roughly 45 years later and using the original musical scores, they’ve rerecorded and released that album. Today three members of the last incarnation of the band (vocalist Emilio Farro, bassist Lello Accardo, and guitarist Bruno Cencetti) are joined by drummer Pino Fontana and keyboardist Andrea Foce to flesh out their sound. Drawing inspiration from the late 60s/early 70s bands like Deep Purple, Led Zeppelin, Uriah Heep, Black Sabbath, and Jimi Hendrix, Magia Nera crafted their brand of gothic Italian prog rock. But what I find interesting is what may have sounded dark and edgy in the early 70s is not the same today. Since this album is a rerecording of the lost tapes, it remains deeply rooted in the 70s. Emilio’s gritty vocals lend a sinister vibe to the Hammond organ-dominated music. But overall the music is not as dark or gothic as implied by the cover art. There are some fleeting guitar solos and some sound effects. And the “Suite with Ten Movements in Five Tracks” progresses through different moods, but still heavy on the organ. The final track is a cover of Uriah Heep’s “Gypsy” and the only song on the album sung in English. So if you long for dark progressive music that is by and large sedate, you might find this album of interest.