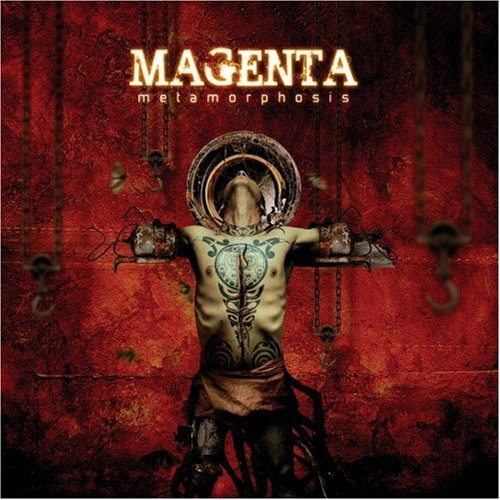 Magenta have all the right things going for them: talented musicians, good label support, a loyal fan base, and an intelligent approach to surviving as a prog band. They’ve carved out a niche for themselves with a modern symphonic sound that stays abreast of current trends without aping successful groups of the present or past. I was curious to see what road they would take following 2006’s Home / New York Suite releases. Would mastermind Rob Reed pursue the song-oriented narrative approach seen on Home, or would he return to the traditional prog rock of New York Suite? Or would he detour toward the kind of ultra-modern art-pop seen on his side project Chimpan-A? The answer is all of the above, though if anything Metamorphosis reminds me most of Home, even if two of the songs clock in at over 20 minutes. The lyrics, penned again by Reed’s brother Steve, reach for a more gritty realism than the band’s early fantastical opuses, and singer Christina Booth sounds better than ever (within her relatively narrow stylistic range.) Reed’s keyboards and guitars are the foundational glue that binds everything together with his synths and Chris Fry’s guitar work lighting an occasional fire under the material. I won’t say that Metamorphosis is a great album – there’s too little in the writing department that really sticks for me -- though I know there’s a healthy constituency for Magenta’s brand of prog and I have a feeling they’ll be pleased.