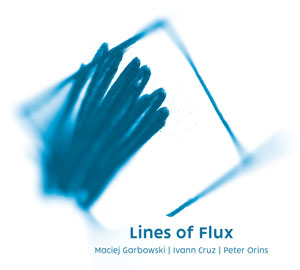 A bit of background: Following a series of dates in Poland, Peter Orins (drums) and Ivann Cruz (guitar) joined up with Polish double bassist Maciej Garbowski at the Institute of Music Performance in Katowice for a live recording of on-the-spot improvisations that make up the twelve cuts on this release. The tracks are titled “Opus XIII” through “Opus XXIV” (perhaps the first twelve found a home somewhere else?). While these are purportedly live improvs, we hear no applause, but that’s neither here nor there. This is an amazing collaboration in real time that exists somewhere between free chamber music and minimalist jazz, moving with subtle intensity, each piece making a definitive statement without seemingly any preparation. All three players are always there throughout each piece, yet none takes the lead over any other, the result being a very even-handed approach, Garbowski and Cruz mostly in the fore with Orins being the glue that holds it all together, but that’s not always the rule, which is what makes for an interesting collection of ideas. After one listen, one may wonder at the seemingly low-level meandering that never really jumps into high gear, but by the third listen the purpose of it all becomes far more clear, better clarified with a good set of headphones. This is an active listening experience (as opposed to background sound), that will engage the listener without the volume, one just needs to listen closely.