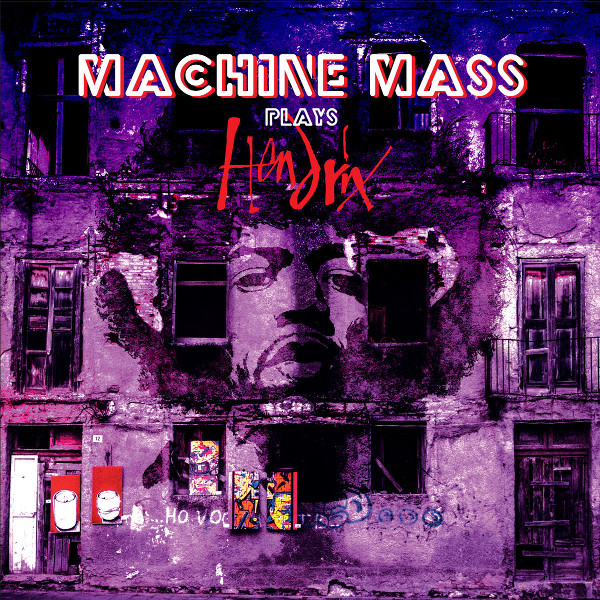 Machine Mass regulars Tony Bianco (drums) and Michel Delville (guitar, loops, samples, and electronics) this time have teamed up with keyboard player Antoine Guenet of The Wrong Object and others (MM has always operated as a trio, with a different third man on each new release) to tackle the music of the late great Jimi Hendrix. With such an amazing catalog of material, the trio chose nine selections from the Experience period that lend themselves well to a fresh free-wheeling jazz-rock interpretations in a purely instrumental form, building around the instantly recognizable melodies of tunes like “Voodoo Child,” “Fire,” “Purple Haze,” and many others, taking them down to basics and re-hydrating them with a new dreamy psychedelic approach, perhaps in the process abandoning some of the concise song elements in favor of a free open-ended jamming style. What the trio present here is something completely new, based on elements of the originals, as opposed to covers or rearrangements. Delville whips through numerous screaming guitar passages that were never approached in the originals, yet remain honest and respectful of them, while Bianco and Guenet follow his lead, crafting textural backdrops that push those guitar solos clean into the stratosphere. Sometimes they return to the original theme, sometimes they don’t, but it’s the long trajectory out and back where the most interesting material lies. The disc requires listener attention throughout, and it’s easy to get lost in the ether, but there’s a lot of brilliant chaos herein. Fans of Hendrix’ music will definitely find plenty here of interest.