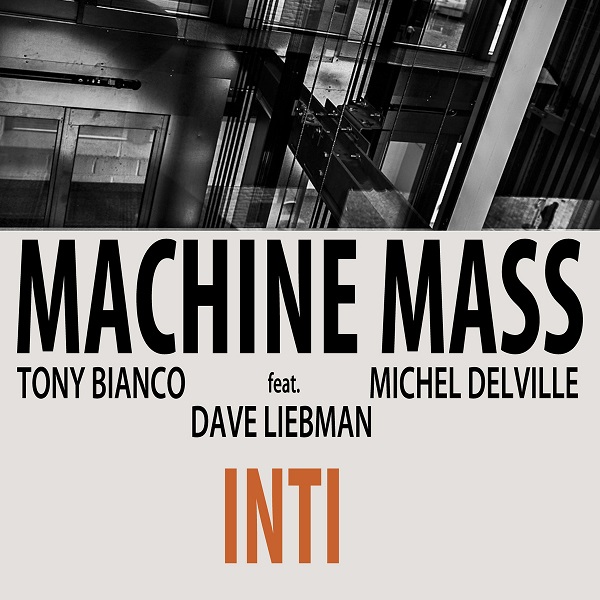 Saxophonist Dave Liebman has a career stretching back to the 70s, a resume that includes much expansion of jazz beyond its traditional sounds; Machine Mass (Michel Delville and Tony Bianco) have a somewhat shorter history, but have a similar penchant for taking jazz into new realms. In particular, the use of electronics features prominently, in part to fulfill the role of bass, but also simply to expand the palette of sounds available. While I have nothing against the use of guitar synthesizers on principle, I have to say I'm not fond of them being used to substitute for other instruments. If you want the sound of an upright bass, hire a bassist, for goodness sake. That being said, the proof is in the listening, and Inti sounds great. If you close your eyes, ignore the credits, and listen, you'll hear some outstanding playing from all involved, and likely won't realize that neither a bassist nor a keyboard player took part in the sessions. Liebman shines on tenor and soprano saxes, and ventures to wooden flute as well. His playing is stellar, managing to be edgy and melodic, intimate and expansive. And the combination of his organic sound with Delville's guitar results in a great balance of tones. The guitar eschews shredder clichés and gets out of the typical jazz-guitar box. Many of us are familiar with his work with The Wrong Object and Doubt, and here too he excels. Tony Bianco handles the drum kit admirably, at times swinging like a bop veteran, at other times slipping into free tempos and unpredictable sounds. While not without its (minor) shortcomings, Inti is a treat for jazz fans and those who like their guitar a little outside the standard fare.