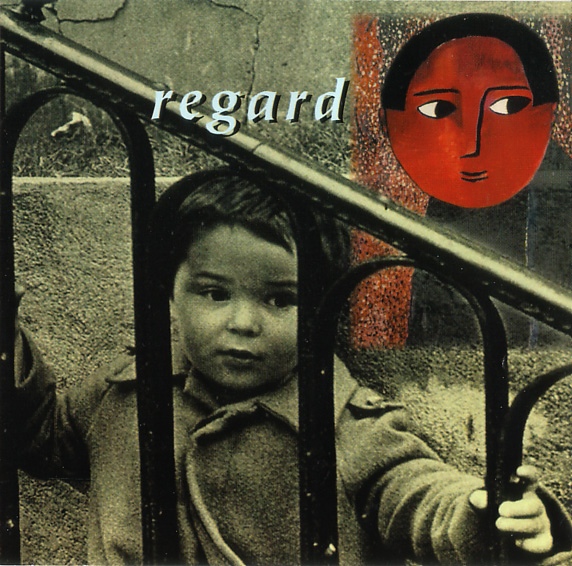 Lydia Domancich is a pianist whom most zeuhl fans around the world should be acquainted with. Sister of Sophia Domancich (who leads an intimate post-Coltranian jazz trio), Lydia formed this quartet four years ago, and in 1993 released a very beautiful but yet almost unknown album entitled Chambres 13 with a saxophone player, Stella Vander (vocals), and Pierre Marcault (percussion), the latter two being ex-Offering musicians with Lydia Domancich. Regard is their new album with almost the same lineup (minus the sax player who has been replaced by guitarist Bertrand Binet) and follows a similar spirit, so few will likely complain about it. The African-percussion work of Marcault is just astonishing, the voice of Stella Vander is as perfect as in her Magma days, even if here more sweet and jazz-oriented, and the keyboard playing of Lydia Domancich successfully ranges from zeuhl schemes to neo-bop. The addition of Bertrand Binet seems to have weakened the balance of the band which was mainly acoustic and the preeminence of the electric guitar is sometimes rather annoyning even if it reinforces the violent "tribal" feel of the music. The overall sound is a cross between Patrick Gauthier's solo works and Offering at the period of A Fieeh, but with a very personal touch. Not their best — give an ear to Chambres 13, which is just pure emotion — but still a very good and original release.