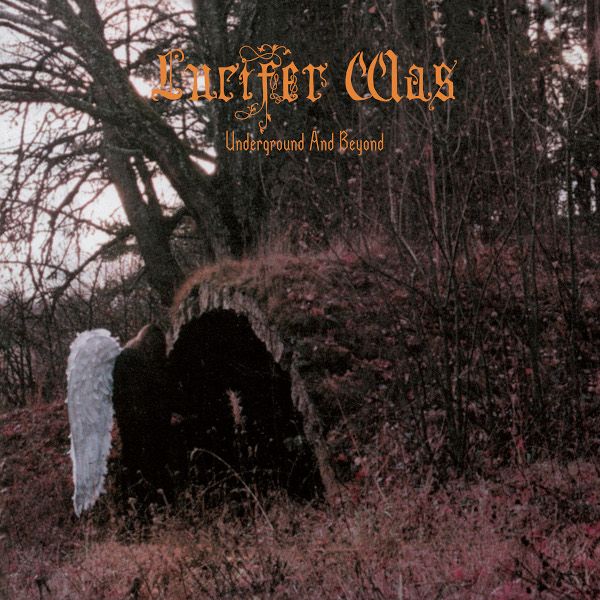 Lucifer Was is a cult proto-metal band from Norway that formed in 1970 in Oslo. They lasted until 1975, gigging at local venues and some festivals, but never got a recording contract. They were on hiatus until 1996 when they reformed for a live concert. They were so happy with the result that they decided to enter the studio and lay down the tracks they composed in 1971-72. In a mere 18 hours they produced their debut album Underground and Beyond. Their lineup included two flute players, bass, drums, and lead guitar. Originally released as a picture disc in 1997, Guerssen has reissued the album as a standard LP, CD, and download. Thore Engen’s distorted lead guitar and Dag Stenseng’s and Anders Sevaldson’s flutes make Lucifer Was sound like the love child of Black Sabbath and Jethro Tull. The disc does indeed sound like it was recorded in 1972 with the heavy gothic rock initially being quite interesting. But then you find that the first six songs all basically sound the same, though “The Green Pearl” offers a bit of variation with its excerpt from Edvard Grieg’s “Hall of the Mountain King.” It isn’t until you reach “Fandango” that you can tell that Lucifer Was is not a one-trick pony. They don’t even sound like the same band. And that is probably due to all of the other tunes being penned by Thore Engen, while “Fandango” is by Anders Sevaldson. Then they are back to driving guitar rock and lots of flute. The final track, “Asterix,” is by far the best track on the album. Even though it clocks in at 3 ½ minutes, Lucifer Was kicks out the jams with an exciting psych ballad. Though Underground and Beyond may not be for everyone, if you are a fan of Black Sabbath, Jethro Tull, or Atomic Rooster, you may find this album of interest.